The Cleveland Golf Launcher XL family can fill your bag with fresh news drivers, fairway woods, hybrids and irons in a number of different models. 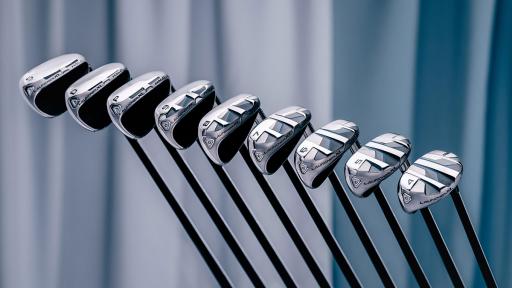 Cleveland Golf Europe is proud to announce the all-new Launcher XL family which will be officially launched in UK and Europe stores on February 18, 2022.

The new line of drivers live up to their namesake. They are about 6.7% longer front to back and feature an 11% increase in MOI compared to the previous generation.

The added MOI delivers more forgiveness with a higher launch and provides a 27% tighter dispersion area when compared against the previous generation.

Furthermore, it features a Rebound Frame, which provides alternating zones of flexibility and rigidity that directs more energy into the golf ball on every drive.

Similar to the driver, the new fairway woods are built with a larger overall framework with HALO perimeter weighting and increased MOI for added forgiveness on every swing.

This latest generation features Gliderail technology, which helps deliver a square face at impact for a pure strike.

Also, these fairway woods feature a new Rebound Frame club structure that directs more energy into the golf ball at impact for more ball speed on every shot.

Last but not least Cleveland Golf is also proud to announce the all-new Launcher XL Irons (£499) and HALO irons (£499), game improvement irons designed to give players a reliable ball flight and consistent control.

The irons are the ideal set for players seeking forgiveness and accuracy in one complete iron set. They feature hollow-body long irons for distance and forgiveness, while cavity-back short irons focus on precision when attacking the pin.

The irons deliver a 15% increase in MOI over the previous generation, providing more forgiveness and more shots that find their desired target.

They feature Cleveland Golf’s MainFrame clubface, which harnesses the power of Artificial Intelligence to find the optimal shape and weighting for each clubface.

The HALO Irons help develop a better, consistent strike. Gliderails on the long irons deliver excellent turf interaction, while the mid-to-short irons feature the V-Shaped Sole to cut through the turf more effectively for cleaner contact.