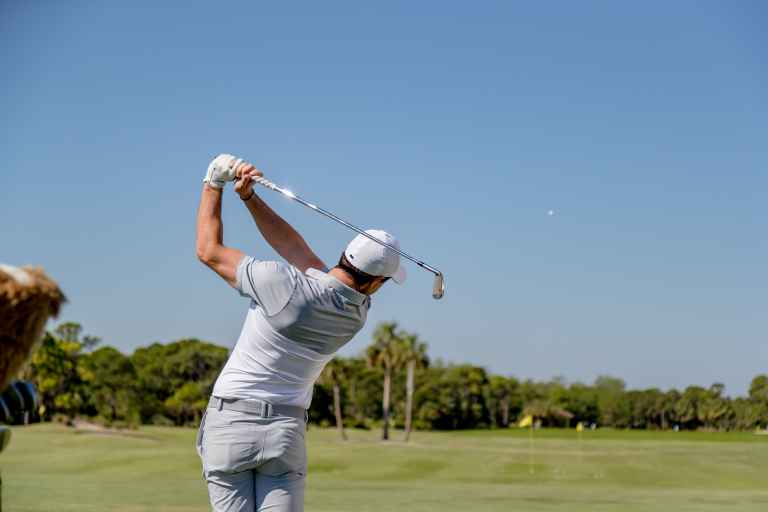 Sbarbaro: “When we sent him the new Rors Proto irons, he called them the most beautiful irons he's ever seen. They're like jewelry. And he didn't want to hit them because he knew if he hit them, he would want to play them and he didn't want to be changing things up that close to the Masters.

We took a similar design to what he was playing and made the topline a little thinner and took out some of the offset. There were hundreds of little things that we did to improve on what he already had.”

Bazzel: “I think another place where we started to shine as a potential partner for Rory was when we started testing utility irons in preparation for The Open Championship.

We gave him an M2 driving iron and a UDI. As he hit both of those clubs, he was shooting looks back at us like, are you kidding me?

It was like icing on the cake to give him multiple world-class driving irons in preparation to win another major championship.” 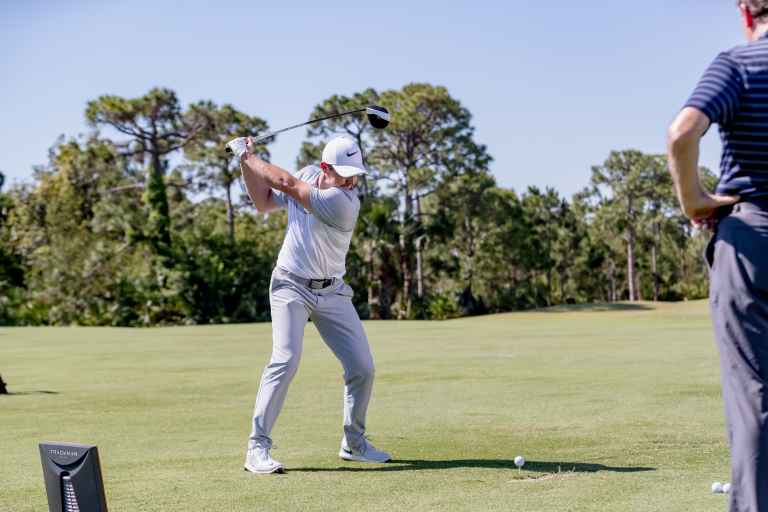 Bazzel: “His capacity to be hitting drives at 180+ MPH ball speed without wavering was incredible. Showcasing differences between shafts, heads, weight, CG... it was like using a robot.”

Loper: “It was amazing to watch. When he missed, it wasn't a huge miss. His slowest ball speed was about 177 MPH. He was like a machine.”

THE FUTURE WITH RORY

I was also really impressed with his ability to work the golf ball. He could sweep a draw with a driver with some significant curvature. At that speed, to be able to control it and curve it on queue was incredibly impressive.

There's no better validation for our equipment than having a player of that caliber choose TaylorMade. He's making a decision that's going to help him win golf tournaments—and that's how it felt he approached the fitting.”

Sbarbaro: “Rory said it best, "I made the same mistake everyone makes. I defaulted to Titleist, assuming it was the best ball—it’s simply not."

I think his bag is in the best shape it has ever been in and his excitement level is unbelievable.