Rickie Fowler has mixed his equipment up as he looks find the answers on the golf course, as his Masters hopes drastically fade. 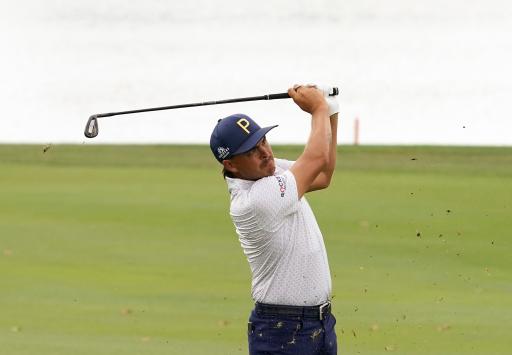 Rickie Fowler has made a serious change in his golf bag, switching his irons as he looks to regain the form that once made him one of the most exciting golfers on the PGA Tour.

Having slipped to 90th in the world rankings, Fowler's hopes of playing in The Masters in April are drastically fading and unless he wins the Valero Texas Open at the start of next month, the 32-year-old will miss out on a spot at Augusta for the first time in his career.

Fowler has been using the Cobra RF Rev 33 prototype blades, which unless you're one of the best ball strikers in the world, are a terrifying iron to try and use.

It now seems that even Fowler - despite his quality - has decided to put the butter-knife blades away for a while and has resorted to using Cobra’s King Forged CBs in his 5-iron through pitching wedge, while he also switched his 4-iron to the brand's AMP Cell Pro CB.

According to Cobra, Fowler made the switch because the forged irons have more offset, so he hoped they would help him with a better start line as his iron play has been one of the poorest parts of his game over the past few months.

RELATED: Rory McIlroy to work with swing coach Pete Cowen as he looks to regain form

Fowler used his new iron set-up during the Honda Classic, where although he did make the cut into the weekend, it didn't take long for the American to tumble down the leaderboard, finishing in a tie for 65th at 7-over par.

There was also a slight change at the top of Fowler's bag at PGA National, where he switched his Cobra RADSPEED driver for the XB model, which offers more forgiveness.