McIlroy slumps to a third-last finish at the Hero World Challenge, but he is looking to sharpen up his short game ahead of 2022. 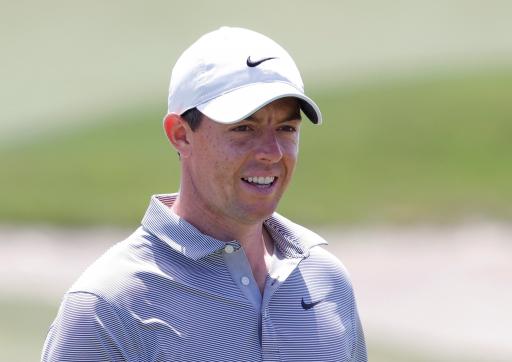 Rory McIlroy slumped to an 18th finish in the 20-man Hero World Challenge amid changing his TaylorMade wedges ahead of the 2022 PGA Tour season.

The Northern Irishman's year is now complete and it was a fairly successful one given he ended his winless drought dating back to the end of 2019 with victories at the Wells Fargo Championship in May and The CJ Cup in October.

But this is Rory McIlroy, one of the game's greatest ever players, and he won't be happy with just two wins in a year - especially given his last major championship win dates back to 2014, if he needed any reminding.

Typically a strong driver of the golf ball, McIlroy, and his critics, know where his issues lie. The short game... and okay, yes the putter at times.

After ranking a fairly dismal 71st (by his own high standards at least) in strokes-gained around the green on the PGA Tour, the four-time major champion knew he needed to shake things up, and he has done so by switching his two highest-lofted clubs.

WATCH: AT TIGER WOODS' EVENT, THIS RORY MCILROY PUTT WILL GIVE YOU HEART PALPITATIONS

Nice to have Rory on the range at Ibis filming for @GOLFPASS @whoop @ClubatIbis @McIlroyRory pic.twitter.com/pOp3n8iamu

McIlroy had been using TaylorMade's Milled Grind 2 (MG2) wedges in 54 and 58 degrees, but he has now switched into the company's more recent MG3 models.

He had already been using a 46-degree MG3 wedge prior to the change, so he now has a full artillery of MG3 wedges in his bag to round out the season.

According to TaylorMade, the two-time FedEx Cup champion has opted for high bounce variations in each of his wedges.

"I mean, especially on a course like this week, really grainy, it's helped a lot around the greens.

"I just have more trust in it, just more trust it's not going to dig, it's going to get out of the ground a little bit easier."

In short, more bounce equates to more forgiveness and better performance from out of longer grass or softer turf.

McIlroy may not have performed too well at Tiger Woods' Hero World Challenge in the Bahamas in his final event of the year, but at least he has rung the changes in advance of his 2022 campaign, which begins in early January.

It will also be interesting to see which other clubs McIlroy decides to change ahead of the new year. We can't reveal too many details about that just yet, but we can assure you something very special is on the horizon from his manufacturer so watch this space.

No doubt McIlroy has one eye on completing the career grand slam at The Masters in April. I think we would all quite like to see that happen.

NEXT PAGE: TIGER WOODS: WHAT WAS IN THE BAG DURING HIS PGA TOUR PRACTICE SESSION?

Rory McIlroy
PGA tour
dp world tour
Tiger Woods
TaylorMade
Previous
Tiger Woods: What was in the bag during his PGA Tour practice session?
Next
Lee Westwood on Downing Street Christmas party: "The RATS are on the ship"