At Tiger Woods' event, this Rory McIlroy putt will give you HEART palpitations 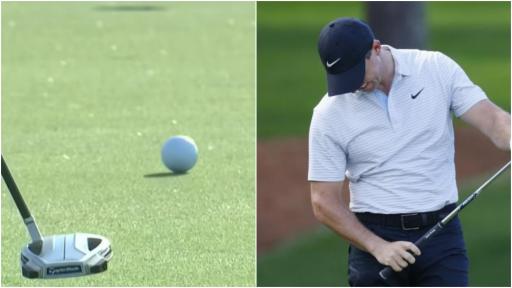 Rory McIlroy had a decent start to his week at the Hero World Challenge in the Bahamas but struggled to capitalise on it.

One of the reasons why the Northern Irishman failed to make a charge was simple: he has not made enough birdies on what is a gettable course.

When there is no wind, Albany is one of those places where you can go deep. Typically, the winner in this event usually reaches 20-under par.

But McIlroy will not be going that low this week. McIlroy endured a spot of bother at the 14th hole during his second round on Friday.

The Twitter account that tracks his every shot - or at least tries to - declared it as the worst putt of his career.

WATCH THE PUTT BELOW:

There is no doubt McIlroy will want to forget this one. I mean, we love you Rory, but that is so bad for someone of your lofty standards.

McIlroy went on to make an ugly double bogey on the hole on his way to pretty dull one-under 71. He's four-under par, 10 shots off the lead going into the final round.