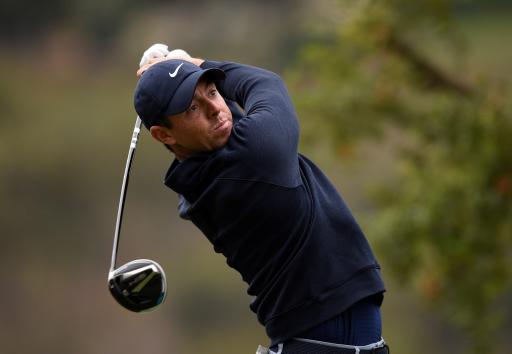 Rory McIlroy fuelled the golf hoodie debate further on Sunday after rocking a Nike Golf model during the final round of the ZOZO Championship at Sherwood Country Club.

McIlroy currently sits in the middle of the pack during the final round of the PGA Tour event. Watch Rory sporting his golf hoodie below...

Rocking hoodies and hunting flags.@McIlroyRory is off and running with the first group of the day.#QuickHits pic.twitter.com/JMeDrE86xY

Golf hoodies on the course have been a big talking point in the industry in recent weeks, especially after Tyrrell Hatton wore an adidas Golf hoodie en route to winning the BMW PGA Championship at Wentworth two weeks ago.

One golf club in the United Kingdom has gone as far to ban golf hoodies from the course, but it appears as though there are more people for golf hoodies than against looking at a recent poll vote we put forward for GolfMagic readers.

GolfMagic reader Phil wrote: "The sport is dying because the older generation are so stuck in the 1800s with what can be worn or can't be worn on a golf course that it turned the younger generation away with out of date, silly and completely un-needed clothing traditions.

"Golf has been left behind the times and is now suffering for it. I believe smart casual and comfortable for the player is completely fine.

"Stuck up toffs are to blame... get with the times!"

Jonathan Yarwood wrote: "Dear Golf, it's 2020 not 1920. Yes, that's a hoodie and it's a modern item of clothing that is worn by a younger demographic - a demographic you need to attract in order to grow and survive. It's progress. You can't afford to be exclusive any more. Be inclusive. Embrace change."

GolfMagic reader Beverley was also in agreement: "We will never attract youngsters to the game if we keep living in the past."