It was 8am on a Sunday in April. Three of TaylorMade’s leading product experts and Tour representatives had just arrived at The Bear’s Club in Jupiter, Florida for equipment testing after making a cross-country flight.

Positioned on the range of the gorgeous private club, Keith Sbarbaro (VP of Tour Operations), Brian Bazzel (Senior Director of Metalwoods Creation), and Eric Loper (Director of Golf Ball R&D) were set up for an in-depth equipment fitting with one of the world’s best and most accomplished golfers, Rory McIlroy.

At the time, McIlroy was in the final stages of making a major decision regarding his commitment to new clubs and a new golf ball.

Less than a month later, news broke that McIlroy had signed a multi-year, 14-club plus golf ball contract with TaylorMade. As a result, he joined an elite Tour staff that now includes the top three players in the world, the 2017 Masters champion, a gold medalist, and the hottest rookie on the PGA Tour.

To get the complete story on how McIlroy came to choose TaylorMade over the competition, the company held a conversation with the three people who helped seal the deal that Sunday at The Bear’s Club...

‪Proud to join the @taylormadegolf family. New Bag. New Clubs. New Ball. #ThePlayers See link in bio for more details! A post shared by Rory McIlroy (@rorymcilroy) on May 9, 2017 at 9:01am PDT 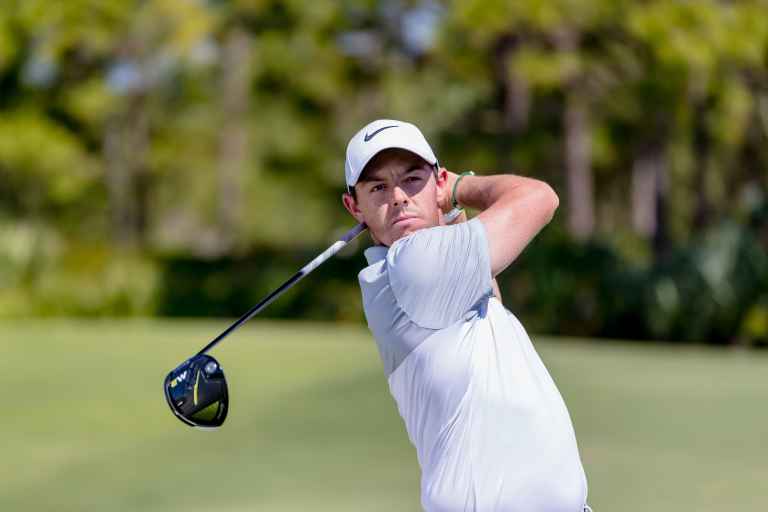 Sbarbaro: “I think every manufacturer sent Rory equipment pretty soon after the announcement that Nike was getting out of hard goods.

This was an unexpected opportunity. But as soon as that announcement was official, I made the call. I just wanted Rory and his team to know what we thought of him and how much we'd love to have him playing our stuff.

If you asked me a year ago, I would've never thought it was possible to have Rory McIlroy in TaylorMade equipment—he was going be in Nike clubs his whole career.

We had sent him some equipment—the first TaylorMade clubs he tested were our metalwoods. At that time, 14 of the 18 Nike players had already switched to our driver, and we definitely made him aware of where his Nike colleagues were going.

When I first saw Rory in person, he was on the range next to DJ… and Rory was joking with DJ saying that he had been “cheating” this whole time by playing an M driver. And in truth, Rory was picking up 15 extra yards of carry with his M2 and was excited to put it in play at the WGC-HSBC tournament in China.

After the tournament, he called it one of his best driving events ever. Then he played in Dubai a few weeks later and had another great driving week. In his mind, the TaylorMade woods passed the test and he knew he could play them long-term.

After that, there were conversations about all the equipment companies going to Dubai in December of 2016 to work with him. But after testing everything on his own, he had narrowed it down to TaylorMade and one other brand, but he didn't plan on making any decisions because he had a year as a free agent."

Time to show the world what you’re really made of. --- Welcome to the family, Rory. #TeamTaylorMade A post shared by TaylorMade Golf (@taylormadegolf) on May 9, 2017 at 9:04am PDT 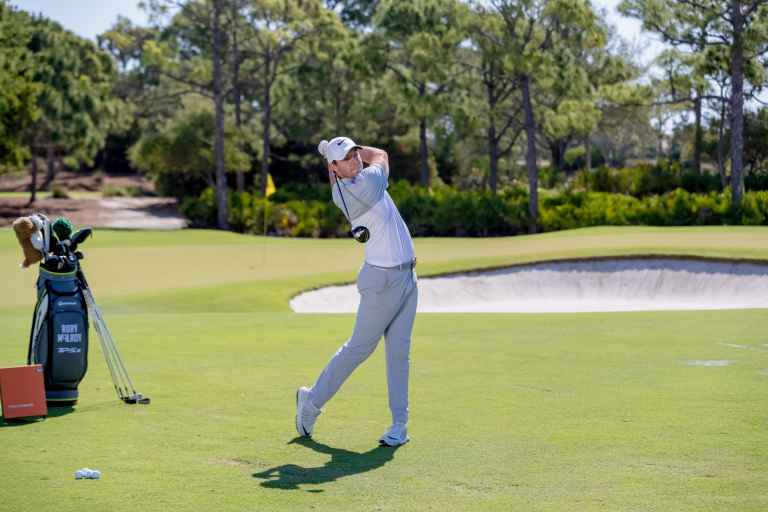 Loper: “With every player, especially at this level, you need to have a strategy for evaluating new equipment. What does the player like and dislike about their current equipment? How do we want to talk about the key technologies that make the product perform? Keith and I sat down about two weeks prior to determine how TP5 and TP5x would benefit Rory.

Keith was the lead. He was facilitating the test— Brian and I were there for technical support when he needed it.”

Bazzel: “I give Keith a lot of credit. This is what he does for a living and he's the best in the business. We didn't have the Tour Truck there, and he essentially brought a mobile Tour truck through an airplane. We had everything we needed to do a complete fitting. He did an incredible job preparing for the most elaborate one-person fitting that I've ever been a part of.

Sbarbaro: “It ended up being an advantage that Rory had already played the Titleist ball and another brand’s driver because it gave him time to see the weaknesses in what he was using. I knew exactly what we were going to do and how the day was going to go. I knew that our golf ball was going to be the star of the day.”