RUMOUR: Is Adams Golf about to make a comeback?!

Social media reacts to Adams Golf posting for the first time in four years on Instagram... 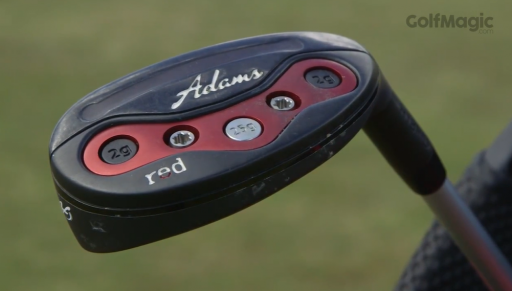 Let's face it, 2020 has been the most bizarre year of our entire lives. If you thought it couldn't get any more weirder, there is a rumour flying round this week that Adams Golf could be set for a return to the golf equipment world.

Now before we jump the gun and get ahead of ourselves here, Adams Golf has not done anything too outlandish, but it has raised eyebrows by posting on Instagram for the first time since May 2016.

We’ve got destination golf on our mind this #TBT. Who else would rock these vintage headcovers? #AdamsFamily

The official Adams Golf Instagram account posted a #TBT post last week of some vintage Adams Golf headcovers, before then posting again on Tuesday this week with an image of its once popular XTD Forged iron...

These two posts have certainly got a number of Adams Golf's most ardent followers particularly excited as to what could be happening behind the scenes.

"What is going on here then?!" said another Adams fan.

"Don't call it a comeback because we never left," commented one follower.

Another golfer had simply forgotten about the brand altogether: "Today I learned I follow Adams Golf."

Adams Golf, which was based in Texas, produced a number of incredible golf clubs, of which GolfMagic typically salivated over its hybrid line, in particular its Red Hybrid, and its player irons such as the XTD Forged.

The company was acquired by TaylorMade in 2012 but then lost its market position in 2016, hence its last social media post back in May 2016 of Ernie Els, who had been playing their equipment.

There's probably nothing in this other than those who had worked at Adams Golf having some harmless fun, but we certainly hope the brand does make a comeback in the not too distant future.

As we say it's been one of those years, so we certainly wouldn't rule it out.