Tiger Woods is reportedly going to be using a new prototype putter at the PGA Championship at TPC Harding Park... 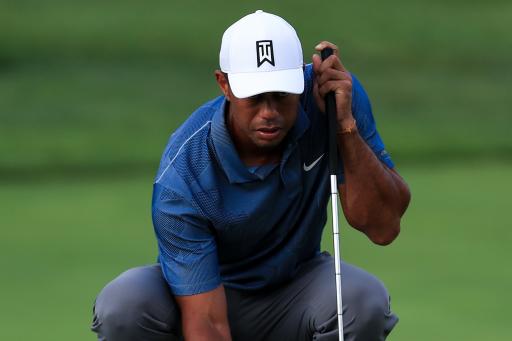 Tiger Woods will reportedly switch things up on the greens as he goes in search of a 16th career major title at this week's PGA Championship at TPC Harding Park, according to a Golf Digest report.

Woods has used his beloved Scotty Cameron Newport 2 GSS putter for 14 of his 15 career major wins, but according to Golf Digest's Daniel Rapaport, there is every chance of Woods favouring a new prototype Scotty Cameron putter for this week.

The article claims Woods has yet to make a concrete decision on which putter will be going in the bag in his bid for a fifth PGA Championship title, however, Woods' team is leaning more on the side that he will put the prototype in play.

Both putters would appear to be similar in their design, with the main difference being the prototype putter has adjustable weights in the heel and toe for Woods to tinker around with.

Woods was spotted working on a bizarre new chipping action yesterday, while also practising a one-handed putting stroke on the greens...

• “Interesting process on the greens today. Joe LaCava addressed each putt, gave Tiger his read. Tiger consulting the green book on each as well as having instructor @killengolf watching. Oh and some one-handed practice too. @tigerwoods seems serious about this @PGAChampionship.” — @geoffshac - Tiger has completed 9 holes and will address the media at 1 PM ET today. Can also watch practice round coverage on ESPN+ tomorrow. #TigerWoods #PGChamp #pgachampionship Via @twspot

The former World No.1 would perhaps be right to consider switching things up on the greens given he ranking well down the field for strokes-gained putting at both the Genesis Invitational in February and in his last start at the Memorial Tournament last month.

Woods has only played in three tournaments on the PGA Tour in 2020, finishing tied ninth at the Farmers Insurance Open in January before slumping to a 68th at the Genesis and tied 40th at the Memorial.