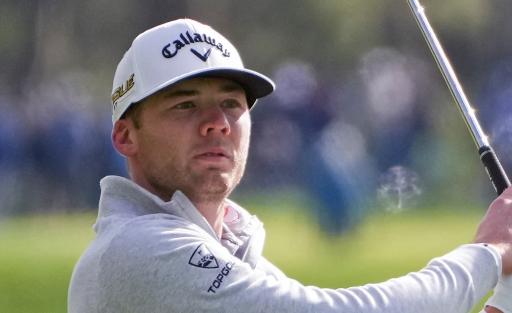 Callaway and Odyssey dominated the winner’s circle on Sunday, with a trio of victories across the PGA Tour, DP World Tour and Ladies European Tour.

Sam Burns captured his third PGA Tour title with a fantastic victory at the Valspar Championship, while Shaun Norris claimed a maiden win on the DP World Tour at the Steyn City Championship and England’s Georgia Hall won a second LET title.

Carding a final round of 69, Burns finished the tournament 17-under par to force a play-off, where he rolled in a sensational birdie putt at the second extra hole to successfully defend the Valspar Championship, having claimed his first PGA Tour title at the same event in 2021.

With the new Rogue ST Triple Diamond LS in the bag, Sam drove the ball brilliantly throughout the tournament, whilst he was hot on the greens with his Odyssey O-Works 7S putter.

After his victory, Sam said: "I just tried to stay steady today and we didn't make a lot of mistakes. A lot of the time on Sundays if you can just plot your way around, make a bunch of pars, throw in a few birdies here and there, a lot of times it works well. I'm just so happy."

On the DP World Tour, Shaun carded an incredible 26 birdies and an eagle over four rounds to take the 2022 Steyn City Championship in Johannesburg, while Georgia (25), the 2018 Women’s Open Champion, led the LET field from start-to-finish in the desert for a comfortable five shot victory.

Three birdies in an incredible six-hole stint propelled Shaun back to the top of the leaderboard in the final round, then another birdie on the 17th gave him a decisive cushion going into the final hole.

Georgia was in complete control all week, shooting rounds of 69, 69, 68 and 71, and now moving to the top of the Race to Costa del Sol rankings.

Commenting soon after his win on home soil, Shaun said: “I don't think words can describe how I feel right now. It’s been a tough journey and having my brother on the bag, my wife here, my little girl – it’s splendid, I can’t explain. It’s absolutely beautiful doing this in front of my home crowd, and in front of my family.”

On winning her second LET title in dominant, wire-to-wire style by five shots, Georgia said: “I think the first round really was very important for me. I played incredible that round (69). It set me up for the rest of the week. I was just really proud of the way I played.”

Neil Howie, President and Managing Director of Callaway EMEA, commented: “#TeamCallaway is in dominant form right now, and with four wins in two weeks, we are underlining just how important playing the best equipment is, if you want to become a winner.”