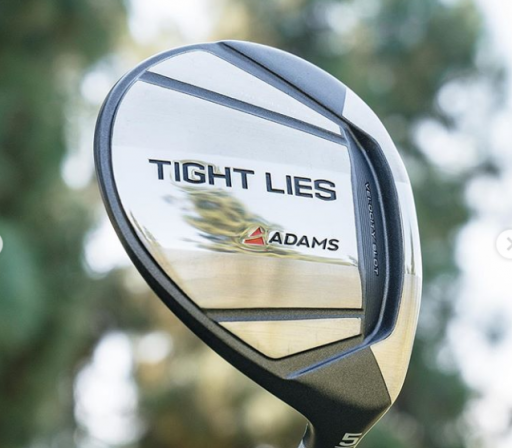 Adams Golf has seemingly made a return to the golf equipment world this week after revealing details of its new blast-from-the-past Tight Lies fairway wood - a club GolfMagic absolutely adored back in the day!

We brought you news back in August that the brand could be making some sort of return to the sport, and it would appear that is the case after the company's latest tweet - and it's understandably sent a lot of Adams fans wild...

A modern take on an all-time classic. Introducing the all-new #TightLies fairway wood, a club that’s easy to hit that’ll make the game more enjoyable for everyone. With an Extended Face and Tri-Sole Design, it’s built to take on any lie. Hit the link in bio to learn more.

"HIT HIGH, LONG AND CONSISTENT SHOTS FROM ANY LIE"

Adams Golf says you can make four interest-free payments of $44.99 to purchase the new Tight Lies fairway wood, and the brand is also offering free shipping.

Here's a look at what Adams says about its latest product:

How do you make one of the most forgiving clubs ever made even more forgiving? There's a simple solution: Make the face bigger. Extended Face Construction increases the height of the face to deliver a wider strike zone, more forgiveness and better performance on mis-hits.

The Sole of Versatility

The cambered Tri-Sole Design delivers the versatility to perform from every type of lie. Whether it's a fluffy lie in the rough or a bare lie in the fairway, you can swing with confidence.

Slotted for Take Off

Fueled by the Velocity Slot, watch your ball take flight with ease. Located on the sole of the club directly behind the face, this open slot is designed to increase face flexibility, ball speeds and forgiveness.

The clubhead appears larger from address to inspire confidence without sacrificing a low-profile design with a shallow face. Ultimately, Tight Lies has a lower CG for higher launch conditions and large face area for even better forgiveness.

One of my all time favorite brands! pic.twitter.com/gp1zjGFUvS

RELATED: IS ADAMS GOLF ABOUT TO MAKE A COMEBACK?!

Adams Golf, previously based in Texas, produced a number of incredible golf clubs - many of which GolfMagic typically salivated over its hybrid line - in particular its Red Hybrid and XTD Forged player iron.

The company was acquired by TaylorMade in 2012 but then lost its market position in 2016, hence its last social media post back in May 2016 of Ernie Els, who had been playing their equipment.