TaylorMade staffers give feedback on GAPR irons after Open

Tiger, DJ and Rahm enjoying the flight, turf interaction and control from the new GAPR products. 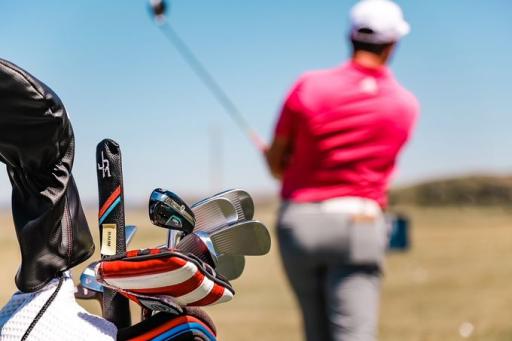 TaylorMade staffers have given their feedback on the new GAPR "Lo" and "Mid" model following the Open at Carnoustie.

The brand said their players were looking for a more stable driving iron to deal with the crosswinds.

“Our Tour athletes have been attracted to the metalwood face, which gives them more ball speed in a design that allows them to flight the ball with ease,” TaylorMade said.

Tiger Woods was seen hitting his patented stinger with a GAPR Lo #2 on the range, and by Tuesday it was the only driving iron in his bag as he continued to prepare.

Related Articles
NEW Titleist TSR Drivers and Fairways introduced on the PGA Tour
At the US Open, Justin Rose reveals why he left TaylorMade for Honma
Click to subscribe
Never miss a video from

Jon Rahm also had a GAPR Lo in the bag en route to Irish Open victory.

"They like the control and flighting of the product. The turf interaction has been very good even with the hard and dry turf,” said Brian Bazzel, TaylorMade VP of Product Creation, after the Open at Carnoustie.

“The GAPR Lo is the perfect product for this event, so many are looking for something to stays low, out of the wind, and will chase. Many players speak about either keeping it in front of the bunkers or flying it over with the driver. The GAPRs are being fit for that club that will stay out of the wind and short of the bunkers."