Thomas trumps Spieth at Dell Championship: in the bag 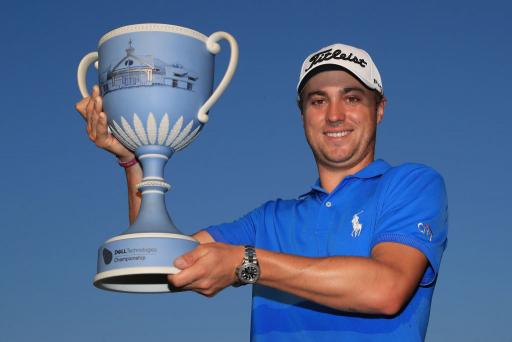 Justin Thomas, victor at the 2017 US PGA Championship, trumped friend Jordan Spieth to win the Dell Championship in Boston by three strokes, his fifth title in a breakout season.

The 24-year-old carded a final round 66, which was too much for Spieth and Aussie Marc Leishman, who both took turns to lead the tournament on Sunday.

“It was just a really, really patient hard-fought week. It feels good any time you can get it done, but especially in a play-off event,” Thomas said.

"I'm in a lot better shape now obviously for the FedEx Cup but I'm excited to have a week off and get some rest," Thomas told Sky Sports.

"These (last) two weeks really felt like a long two weeks, they felt like three or four - a lot of travelling in between. I'm a little tired and excited to sleep in my own bed tonight."