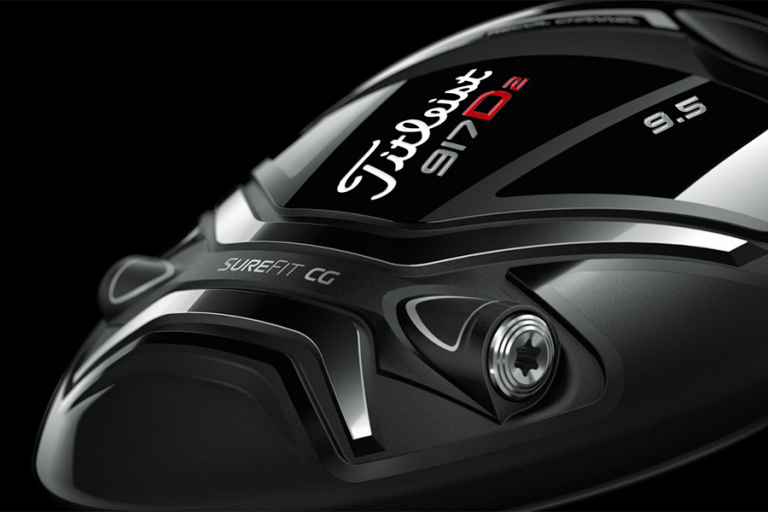 Forgiving, adjustable, great feel and sound
Still thinking of one
Our score:
Overall:
5
YEAR: from 2016 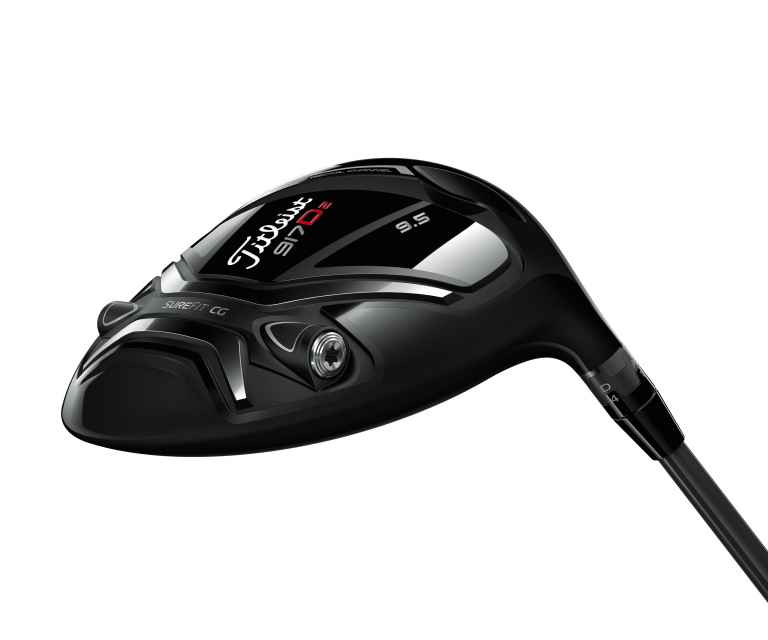 Titleist's new driver is hot. Find out how hot...

A new Titleist driver launch is sure to get everyoneâ€™s pulse raised. Almost every time the brand come to market with a new big stick, itâ€™s a leap forward in technology and performance.

We visited the Titleist National Fitting CentreÂ at St Ives GC to put the new drivers through their paces.

We suggest every playerÂ gets fit when buying a new club, in order to get the maximum performance from their new bat.

The brand has gone back to what we would consider a more traditional 'Titleist'Â look.

Following feedback from Tour players and consumers, it has moved away from the black finish seen in the 915Â to a silver finish in the 917.

Related Articles
Should the Callaway Rogue ST MAX LS Driver Go IN MY BAG?
All you NEED to know about the Cobra LTDx Drivers as used by BRYSON DECHAMBEAU

The shape is also slightly more boxy at the heel and toe end of the club, towards the face. Itâ€™s still a traditional head shape, however, and looks superb sat behind the ball. It should inspire confidence.

The underside of the club reflects Titleist as a brand;Â forward-thinking but classy. Thereâ€™s a heap of tech employed in this driver, and while this can be seen when you flip the club over, it doesn'tÂ haveÂ a cluttered or overbearing aesthetic â€“ a trap some other brands fall into.

The 460cc D2 and 440cc D3 are incredibly similar in shape, and have identical aesthetics.Â The D3 looks like a slightly shrunken version of the D2, albeit only slightly. The D3 has a deeper face compared to the D2.

The first thing you will likely be impressed by when hitting the Titleist 917 D2 and D3 drivers is the improved feel, and a completely new sound.

The feel is solid, responsive, and soft like the 915, but the 917 possesses a livelier feel off the face. It is an exceptional feel, and impressively it stays relatively constant across the face.

The sound is a revolution. A host of Tour players were not happy with the sound of the 915, which is relatively high pitched. Titleist therefore tweaked itsÂ new big stick to make sure the dynamics were in harmony, and they achieved itÂ with aplomb. The pitch is much lower, more of a 'thwack'Â than a 'ping', and muchÂ more full-bodied.

Titleist looked at frequency and a "loudness factor"Â target, which incorporates volume and length of sound. By knowing what the average golfer and Tour pro wants to hear in aÂ driver, Titleist were able to build a product that would appeal to the mass market.

There has been a huge leap in forgiveness in the 917 drivers compared to its predecessors. Titleist hasnâ€™t re-invented the wheel to do this, rather taking technology it already had, and upgrading it. 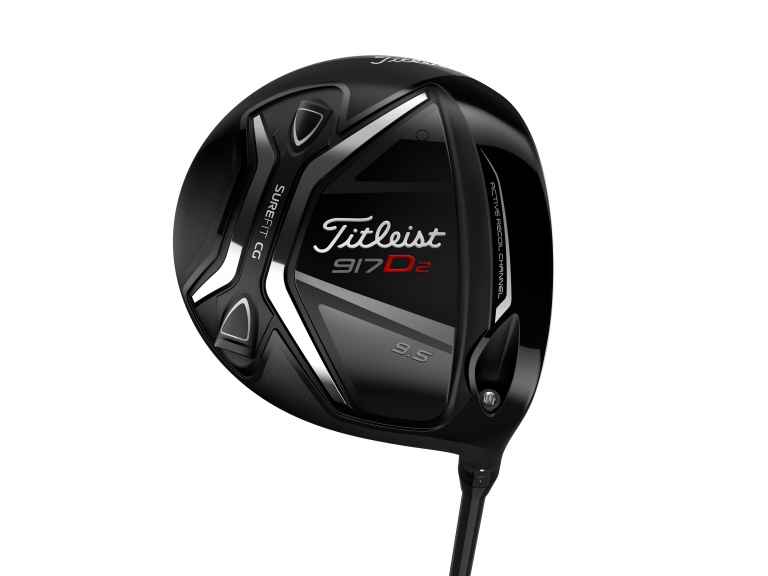 The Active Recoil Channel 2.0 is placed in the same position behind the face. This device flexes on impact, acting like a trampoline to both increase ball speeds and aid forgiveness. It has optimised thickness regions in order to lower spin, further increasing the potential for longer drives.

The brand's Radial Speed Face 2.0 works in combination with ARC to increase ball speeds on off-centre hits. It does this by having a thick centre mass, which thins out as you move away from the sweet spot. This really kicks in when you hit from the heel or toe of the club, while the ARCÂ 2.0 providesÂ a helping hand on shots struck high or low in the face.

Overall, the head of the drivers, especially the D2, are designed to be high in MOI (moment of inertia) in order to offer as much assistance as possible on those off-centre hits.

In terms of distance, the 917 drivers are some of the longer big sticks on the market in 2016. We averaged around 285 yards total distance in some blustery conditionsÂ and were getting spin rates around 2,500 RPM.

Perhaps more impressively, when straying from the sweet spot considerably, we were only losing between 10 andÂ 30 yards, and the spin rates wereÂ fairly constant.

We did receiveÂ small distance gains from the smaller D3 head,Â up to five yards in total distance. However, there is a clear jump in forgiveness, with the D2 offering more help.

The new 917 drivers offer a shedÂ load of adjustability, allowing players a driver perfectly suited to their game. 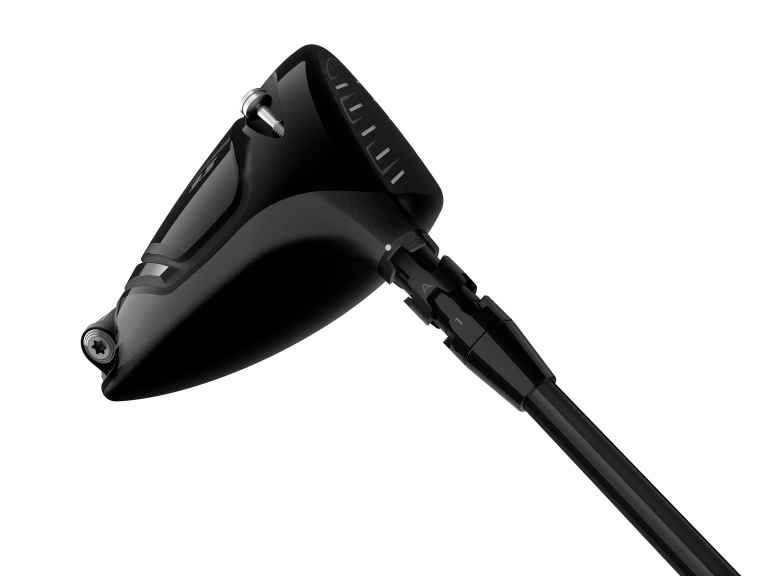 The company's popularÂ SureFit Hosel is once again back for more, providingÂ users a simpleÂ tweak of the loft and lie angle. Alongside this is a SureFit CG weight -Â a new piece of tech for 2016. 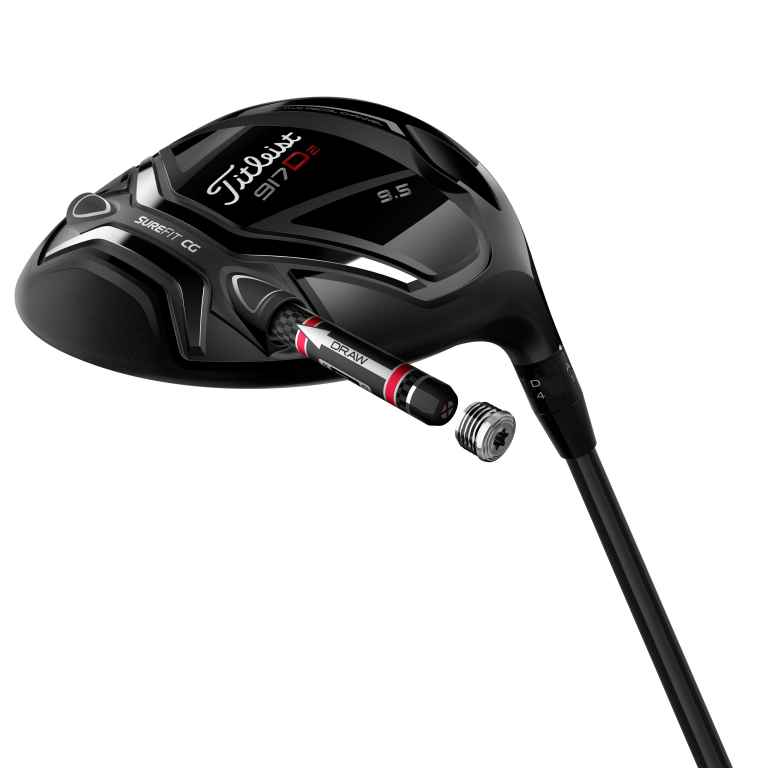 A weight is slid into the backÂ of the head at an angle, which can be neutral, draw or fade bias. This allows the clubhead'sÂ CG to be moved front to back, or heel to toe by changing the weights, which also changes the overall swing weight of the club.

Depending on the desired shot shape a player wishes to see, or if a player wants to try and straighten up their shot shape, this system allows them to do it.

But why do this rather than use a tracking system, seen in so many other drivers? Titleist sayÂ tracking systems add weight to the head, which they wanted to cut out, and the SureFit system allowed them to more effectively manipulate CG in the head for performance gains.

For me, knowing that my natural shot shape is a draw, having the fade weight in meant I was going harder at the ball, as I felt confident I was not going to lose my shot to the left.

Pleasingly, it takes seconds to change the weights â€“ itâ€™s just a case of unscrewing them and sliding in a new one. 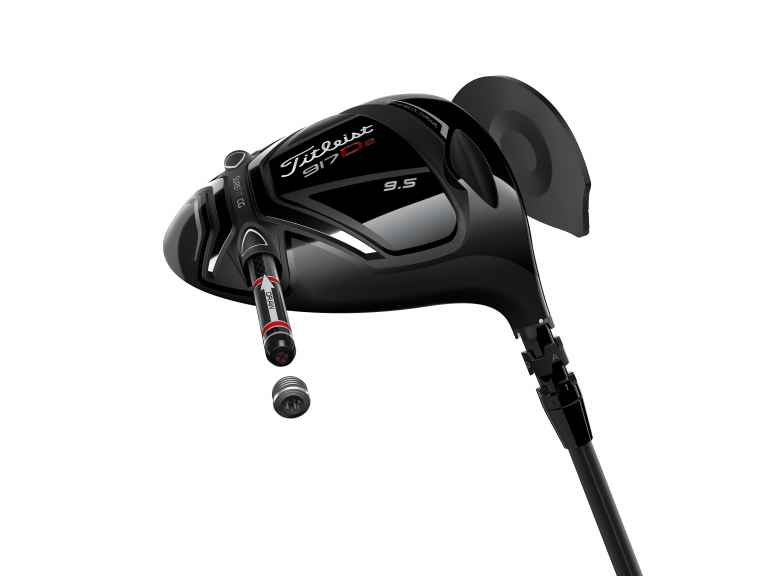 In terms of trajectory, the 917 D3 has a slightly more penetrating flight than the D3, and was spinning up to 300 RPM less.

The smaller head shape of the D3 allowed us to manipulate the ball a littleÂ more so than the D2, although we were also able to achieve this with the bigger head.

The D2 head also has a natural draw bias built into it, which will help players that tend to lose it to the right, which is normally higher handicap players.

As all clued-up golfers know, matching shaft, head and swing is paramount to unleash you potential. There are a four stock shafts available, one more than offered with the 915.

Even with similar flex and weight, shafts vary in feel and performance, so players need to try a range before deciding on whatâ€™s best for them. 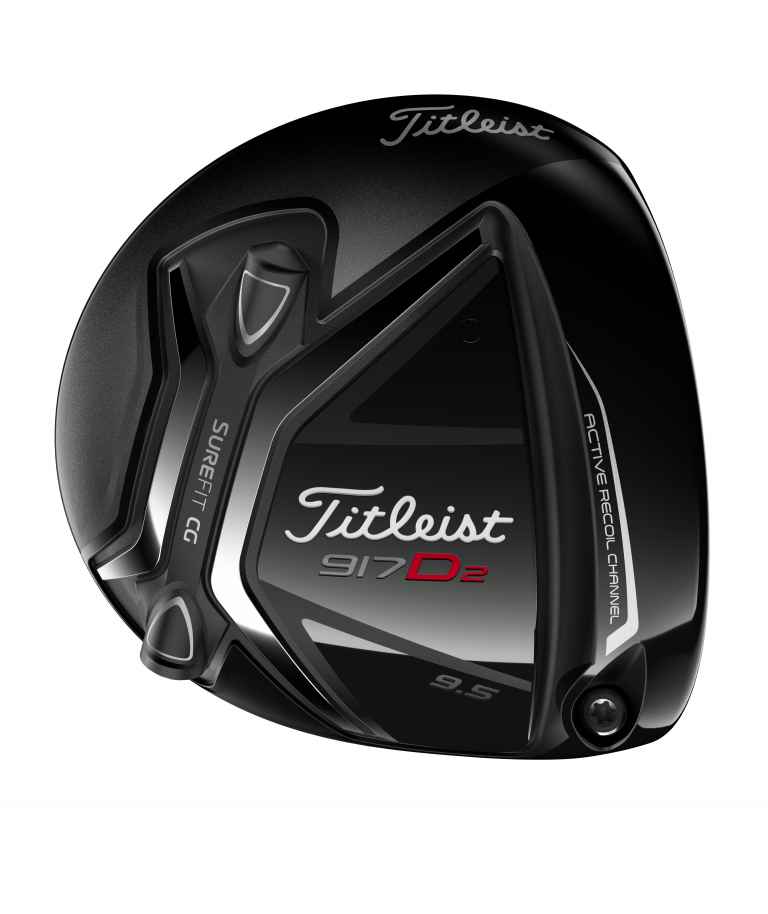 More forgiving, more adjustable, better sound and feel â€“ yes, the 917 is a bigÂ improvement on the popular Titleist 915 models.

Upgrades to tech seen in the previous iteration improves the forgiveness on offer dramatically, and Titleist have vastly improved the sound of the driver after taking advice from Tour players and customers.

A new SureFit CG weight system allows players to alter shot bias, or alter the CG. This should make players more confident over the ball.

The D3 is essentiallyÂ a shrunken version of the D2 head, allowing players to have more control over their shot, but sacrificing forgiveness.

Without question, one of the hottest products on the market right now.Â

Head to the Titleist website for more information. Â
Â