Tiger Woods: What is in his golf bag at The Masters?

Check out the golf clubs and golf ball in the bag of Tiger Woods at The Masters. 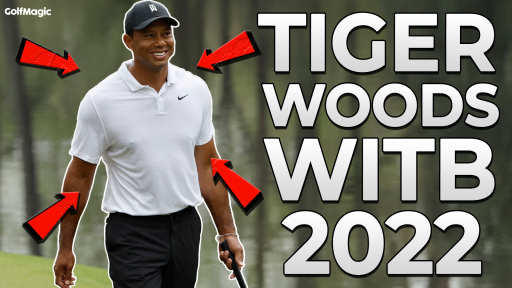 Tiger Woods makes his competitive return at The Masters at Augusta National this week, and he is doing so armed with a bag of TaylorMade clubs.

One of the most interesting areas of Woods' bag is with the fairway woods as he has not decided to upgrade to the new models but is instead happy to remain with a TaylorMade SIM Ti 3-wood and even older TaylorMade 5-wood, which launched in 2018.

The biggest change for Woods this week is what's on his feet as he has taken off his Nike Golf shoes and replaced them for a pair of FJ Premiere Series Packard, which you can purchase here.

At the top of Woods' bag, he comes in with the new TaylorMade Stealth Plus driver, which you can purchase here.

The revolutionary new Stealth Plus carbon wood is equipped with a new face material that replaces over 20 years of titanium development, unlocking a whole new level of ball speed performance.

Woods spoke about his new driver recently, which you can read here.

Woods favours it in 9 degrees in a Mitsubishi Diamana Diamana D+ Limited 60 TX shaft, and he has been achieving a 171mph ball speed at The Masters this week, which is just above the PGA Tour average.

With the fairway woods, Woods favours some of TaylorMade's older metals including a TaylorMade SIM 3-wood and a TaylorMade M3 5-wood, which first hit retail some four years ago.

Woods continues with his TaylorMade P7TW irons, which you can purchase here. Woods spent a great deal of time with TaylorMade's R&D team helping to design these irons to exact specifications.

He also remains with TaylorMade's MG2 wedges in a TW Grind, which you can purchase here.

On the greens, Woods keeps faith in his trusty Titleist Scotty Cameron GSS Newport 2 putter, and he also uses a Bridgestone Tour B XS ball.

WHAT'S IN TIGER WOODS' BAG AT THE MASTERS?

Next Page: Tiger Woods hits a golf ball collector at The Masters