Bubba Watson posted a picture of his new PING golf bag on social media and it's gone down very well in the United States. 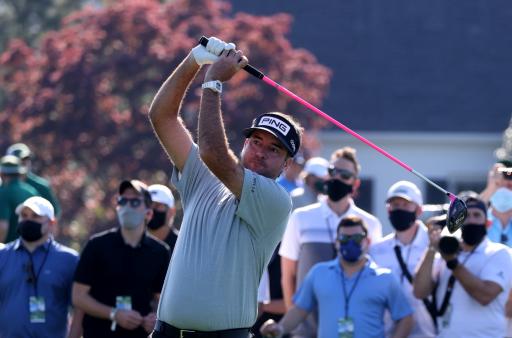 Golf fans in the United States are absolutely loving the PING golf bag that Bubba Watson recently posted on his social media channels.

Watson posted a picture of the patriotic carry bag on Instagram on Wednesday, with the caption: "One of the coolest carry bags ever! Wow PING!"

If you're an golfer from America then you're going to love the bag just as much as Watson, with its stunning red, white and blue colourway and the US flag proudly running along the side.

TAKE A LOOK AT WATSON'S PATRIOTIC GOLF BAG BELOW:

Golf fans flooded the comments with emojis, in awe of the American bag made by PING, with some asking if it is for sale to the general public (which unfortunately, we don't think it is just yet).

Watson's last start was at The Masters, where he finished in a tie for 26th at Augusta National, a place where he has won two green jackets in the past, firstly in 2012 and again in 2014.

RELATED: How Tiger Woods played a part in Will Zalatoris' impressive Masters debut

The American is currently 57th in the world rankings and prior to The Masters he had been in mixed form, missing the cut in three of his last six starts, but also recording a T22 finish at the Waste Management Phoenix Open and a T9 finish at the WGC-Dell Technologies Match Play.

This week, the PGA Tour heads to South Carolina for the RBC Heritage at Harbour Town Golf Links and although Watson will not be playing, there is a stellar field to look forward to watching, including World No.1 Dustin Johnson.

NEXT PAGE: Hideki Matsuyama in line for $600 MILLION in endorsements