Will Zalatoris finished in second place in his first ever Masters and he believes the career of Tiger Woods has helped the younger generation of PGA Tour stars play without fear. 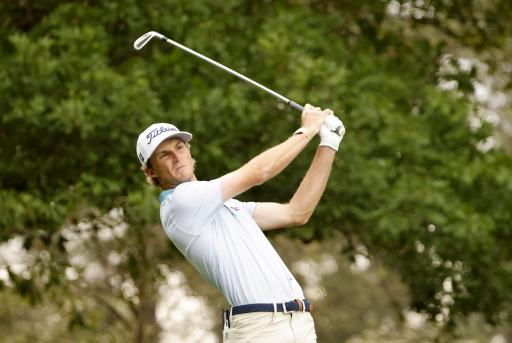 Will Zalatoris impressed the world when he finished in solo second place whilst making his Masters debut at Augusta National and the promising star believes the career of Tiger Woods has helped him and others play without fear.

The 24-year-old hasn't been on the PGA Tour for long but has already established himself as one of the best iron players in the game right now and after finishing second at The Masters, he now sits 27th in the world rankings.

Making his PGA Tour debut at the US Open last year with a T6 finish, Zalatoris has only missed one cut in 15 starts and many are tipping the young American to go right to the very top.

Zalatoris said staying humble about his second place finish at The Masters is crucial, yet easy to do with the tight support network he has around him, but the career a certain 15-time major champion has had an enormous effect on not only the bright start to his career, but to other rising stars on the PGA Tour.

"I think you can just thank Tiger [Woods] for that," Zalatoris said ahead of this week's RBC Heritage. "Tiger, Jordan [Spieth] -- that's the thing that I've got a really close friend group that of course all of our friends, they tend to humble ourselves, I guess, but that's the thing that we were joking about was wow, finishing second in the Masters, you're only 24, sky's the limit. Jordan did that when he was 20. So you put things in perspective."

Woods' habit of extending his lead during major championships is something that Zalatoris believes is unlike any other player he has ever watched and his style of play has given the next generation a new outlook when they arrive on the PGA Tour.

"I think that fearlessness of seeing Tiger do it has carried over over the last 20 years or 20-plus years, and I think that's why you're seeing guys like Collin [Morikawa] coming out of the gates winning, Viktor [Hovland], Matt Wolff, and if you think about it, we were born kind of around when Tiger really started to take off, and so from 2000 to 2010 that was one of the best decades of golf ever, and we got to see it."