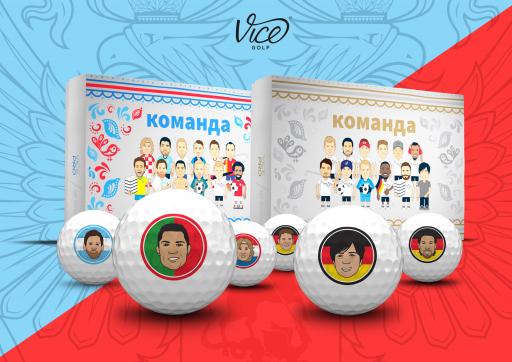 Vice have launched two lines of 2018 World Cup golf balls, with 12 of the game’s highest profile footballers on show.

The German company have limited it to 333 dozen only, with illustrations printed on the premium Vice PRO, a three-piece cast urethane ball designed for distance off the tee with higher flight trajectory and great feel and control around the green with high spin rates.

The Vice PRO KOMAHA also features twelve members of the German national team (don’t mention Mexico…), including their coach in a legendary pose.

This edition is also limited to 333 dozen only and a must.

Both editions are available for a short period of time at the Vice website.