Dustin Johnson has been an ambassador for TaylorMade on the PGA Tour since he turned professional in 2007, so let's see what he has in his bag in 2021. 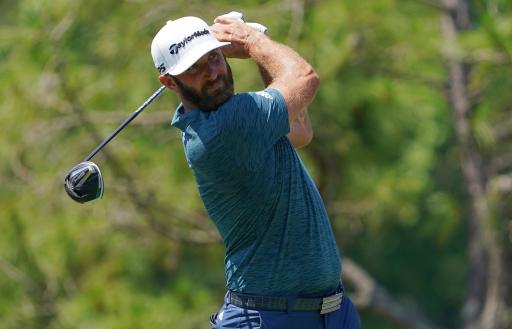 Dustin Johnson signed with TaylorMade when he turned professional in 2007, and it is fair to say that the man from South Carolina has had a long and successful career alongside the popular brand.

The World No.1 has amassed a fantastic total of 24 victories on the PGA Tour, the latest of which came at The Masters in November when he doubled his career major tally.

Johnson won his first major championship in 2016, which was long overdue for a player who had been the nearly-man on so many occasions in previous years.

The 36-year-old saw out a three-shot win at Oakmont to lift the US Open trophy, a tournament he was so close to winning in 2015 at Chambers Bay.

Johnson is one of the biggest hitters on the PGA Tour and his ability to hit long drives has been evident for many years. He is ninth in the driving distance rankings on the PGA Tour, averaging 312 yards per drive.

Johnson has a full bag of TaylorMade clubs and is known to alternate between his 7-wood, hybrid and utility club.

NEXT PAGE: JUSTIN THOMAS: HOW MUCH IS THE PGA TOUR STAR WORTH IN 2021?