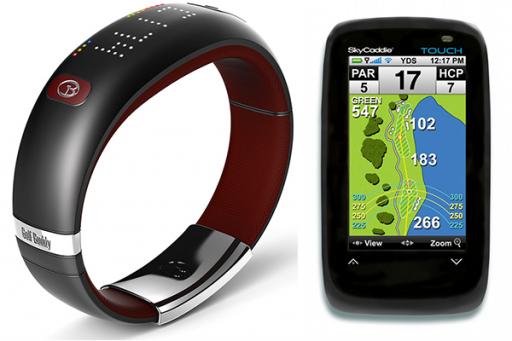 GolfBuddy PT4 boasts a 4” LCD touchscreen, the largest and highest resolution screen in the handheld device category, with the capacitive screen delivering mobile smartphone levels of speed and responsiveness when touched.

Light taps and swipe gestures are recognised immediately by the screen, allowing the golfer to get instant distances to any point on any colour overhead hole layout, while the Touch 'N' Move flag function operates at superfast speeds.

The PT4 also feels like a smartphone in the hand, being just 16mm thin - around 42% slimmer than GolfBuddy's own current flagship handheld device, the multiple Gold Award-winning Platinum, itself twice voted the UK's best GPS.