A faultless third round from the former Masters champion sees him take a three-shot lead going into the final round. 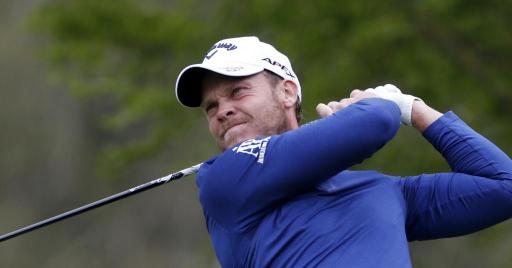 Danny Willett will take a three shot lead into the final round of the Alfred Dunhill Links Championship.

The former Masters champion went bogey free and carded six birdies as he made his way to a third round 6-under 66.

The conditions at The Old Course in St Andrews were tough but a sublime Willett showed little sign of slowing down.

He made three birdies on the front nine at two, five and seven to make the turn with a 3-under 33.

Willett, 33, hit the road with his tee shot going down the famous last hole which catapulted his ball down the fairway.

In the howling wind and rain he stuck his wedge to three feet, the ball dancing around the hole before making the putt.

"Just money. What a little power bomb that is."@Danny_Willett LOVES his drive on 16.#DunhillLinks pic.twitter.com/CQ9w6Qyhfq

He is sitting at the top of the leaderboard at 14-under-par, three strokes ahead of the day one and two leader Tyrrell Hatton.

Hatton displayed an unusual amount of composure over the first two days' play and carded a 71 (1-under) for his third round.

It should have been better for Hatton as he made four consecutive birdies on his front nine from the second hole.

But frustratingly he found trouble at 13, 14 and 15 to drop three consecutive shots.

Richard Bland and Irishman Shane Lowry also make up the top five with 18 holes to play.

Lowry made six birdies and one bogey on his third round to throw himself into contention.

Nearly a two at the last for @blandy73!

His eight-under 64 is the lowest of the day so far #DunhillLinks pic.twitter.com/94QPhlB6SA

NEXT PAGE: HOW DECHAMBEAU WILL CHANGE THE STUFFY GOLF WORLD