AVIV Dubai Championship: Could this 175/1 shot cause an upset?

Antoine Rozner won the inaugural playing of this European Tour event at the Fire Course in Dubai in 2020. 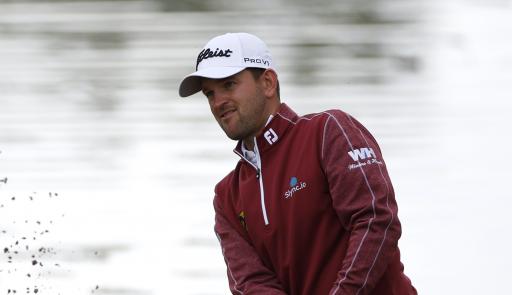 The AVIV Dubai Championship is one of the newest additions to the European Tour calendar and last year it was won by Frenchman Antoine Rozner.

Rozner won the tournament by two shots ahead of a group of four in second place which included Englishmen Andy Sullivan and Matt Wallace.

These two players will also be teeing it up on the Fire Course at Jumeirah Golf Estates in Dubai this week as the European Tour approaches its final showdown at the DP World Tour Championship next week.

European Ryder Cup stalwart Paul Casey and two-time Ryder Cup team member Tommy Fleetwood headline a strong field this week as they both look for a return to form.

Portugal Masters champion Thomas Pieters looks to be sitting out this week at an event that has 2,000 Race to Dubai points on offer.

Take a look at our three betting selections for the AVIV Dubai Championship.

Right now, Bernd Wiesberger is the undisputed king of the European Tour. He has recently finished tied 11th at the Andalucia Masters and tied 12th at the Acciona Open de España.

He almost picked up a ninth win on the European Tour when he finished second at the Omega European Masters in August and he also finished fifth at the BMW International Open in June.

18/1 is always a good price for such a prominent player like Wiesberger and it is never a shock to see him in the winner's circle.

Thomas Detry is one of the most improved players in world golf and it is absolutely staggering that he hasn't won on the European Tour yet.

He has plied his trade on the PGA Tour recently with tied 22nd finishes at the Butterfield Bermuda Championship and the World Wide Technology Championship last week.

The Belgian will return to Dubai full of confidence and looking to go one better than his runner-up finishes at the Porsche European Open and the Scottish Open earlier in the season.

175/1 is a colossal price for Daniel Gavins who has proven he can compete with the best players on the European Tour at some of the most competitive events.

He finished tied 11th at the Andalucia Masters at the treacherous Valderrama and he finished an impressive sixth at the Alfred Dunhill Links Championship.

Gavins won for the first time on tour at the ISPS HANDA World Invitational in August, so this form makes him at least an each-way play this week in Dubai.