Christiaan Bezuidenhout: What's in the bag of the South African star?

Christiaan Bezuidenhout has emerged as one of world golf's surprise packages in recent years, and he is in contention at the BMW PGA Championship this week. 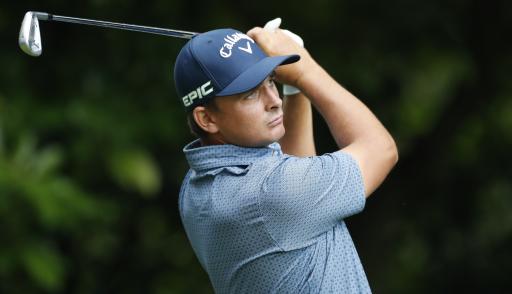 Christiaan Bezuidenhout burst on to the European Tour scene with two quick-fire wins at the end of 2020 and he broke into the top 40 players in the world.

His wins at the Alfred Dunhill Championship and the South African Open propelled him into the headlines of the sport and he has since gone from strength to strength.

In 2021, Bezuidenhout has played in 12 PGA Tour events. Although he has not reached his peak in the States, he impressively finished seventh at the Arnold Palmer Invitational back in March.

The 27-year-old has not threatened the top of many leaderboards but he has made the cut in all of his appearances on the PGA and European Tours this season, which shows his consistency.

Bezuidenhout finished tied 40th at the BMW PGA Championship in 2020, but he is well on course to improve on that performance this week.

The South African carded an 8-under-par 64 on Thursday, which included seven birdies and an eagle, to tie for the lead after the first round with Kiradech Aphibarnrat.

Christiaan Bezuidenhout - What's in the bag?