Johnson cements his position as World No.1 by landing another victory at the Saudi International on the European Tour 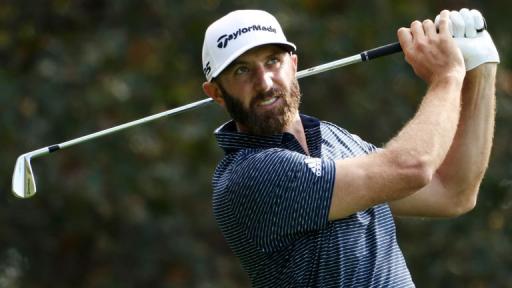 Dustin Johnson continued to remind everyone why he is a dominant World No.1 as he landed a second Saudi International title in the last three years on the European Tour.

Johnson, 36, carded a final-round 68 to finish 16-under par as he strolled to a two-stroke victory over Justin Rose and Tony Finau at Royal Greens Golf & Country Club.

He takes a two shot lead to the 72nd hole.#SaudiIntlGolf pic.twitter.com/jzWvwgcLUq

The win marks Johnson's third in his last eight tournaments worldwide, and his ninth on the European Tour.

Johnson, who has now finished 1-2-1 in his last three years in the Saudi International, also moves to third in the list of all-time European Tour wins by an American.

"I knew I was hitting it well out there, and I kept giving myself a lot of chances but just didn't hole many of them," said Johnson, who missed at least four putts from inside of five feet in the final round.

"I played solid all day, but couldn't hole any putts. I was really struggling with the reads. I gave myself a lot of opportunities, but the up-and-down birdie at 17 was crucial. It was tough all day today."

Victor Perez, playing alongside Johnson in the final group, got to within one stroke of Johnson with three holes to play but the Frenchman was left to rue making a double-bogey five at the tricky par-3 16th, and he fell back into a tie for fourth on 12-under par with Scotland's Calum Hill.

Finau had pulled level with Johnson when rolling in three consecutive birdies from the 11th hole, but the American once again squandered a golden chance of a first victory since the 2016 Puerto Rico Open with back-to-back bogeys at 16 and 17.

Rose joined Finau in a tie for second on 14-under par, marking the Englishman's best finish since a solo second at the Singapore Open 11 months ago.

Bryson DeChambeau finished in a tie for 18th on 8-under par alongside Ian Poulter.

Previous
What time does Jordan Spieth tee off on Sunday at the Phoenix Open?
Next
Dustin Johnson switches back to TaylorMade SIM driver to win Saudi International