The winner of the season-ending event in Dubai this November will receive golf's biggest prize. 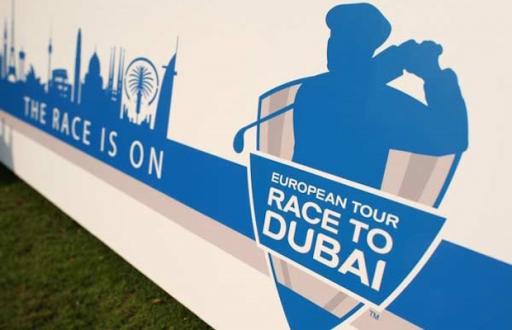 Danny Willett was thrilled to be back in the winner's circle when he won the Dubai tournament back in November, but he might be a bit gutted when he sees the new prize fund...

The European Tour have increased the winner's prize money, in an attempt to get more players to complete the Race to Dubai. The winner will take home $3m (£2.3m), which is $1.67m more than what Danny Willett won last year.

Prior to the last time the event was played, Justin Rose pulled out of the tournament at Jumeirah Golf Estates as it was impossible for him to overtake his Ryder Cup colleague Francesco Molinari for the Race to Dubai title.

Last year world number one Justin Rose skipped the tournament at Jumeirah Golf Estates because he had no chance of overhauling Francesco Molinari for the overall Race to Dubai title.

The Turkish Airlines Open and South Africa's Nedbank Challenge will also have increased winner's prizes, with the winner in Turkey earning $2m and the champion in South Africa will take home $2.5.

"The changes we have announced in terms of enhanced winner's cheques, Race to Dubai points and bonus pool dividend are designed to increase the excitement around the end of the season, as well as encourage greater top player participation in our final three events," said European Tour Chief Executive Keith Pelley.

"Had these additional Race to Dubai points been available over the past five years, on average between five and 16 players would have come to our final event with a chance of winning the Race to Dubai, in addition to an average of 43 players having the chance to earn bonus pool money at the end of the season - both numbers considerably higher than was actually the case in those years.

"With the revised prize money breakdown and the extra Race to Dubai points in place for 2019, this provides a tremendous incentive for our players," Pelley added.