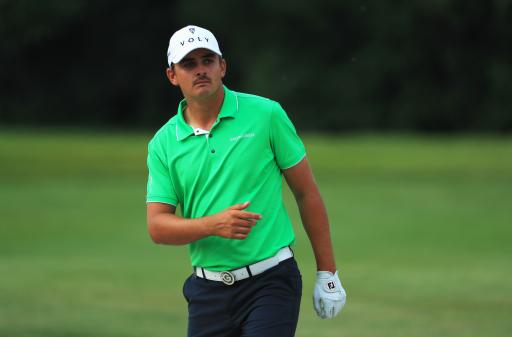 South African Tour pro Christiaan Bezuidenhout has revealed in an exclusive European Tour player's blog how his life changed forever at the age of two years old when he drank rat poison instead of what he thought was Coke.

Bezuidenhout, 24, told the European Tour how the freak accident resulted in him being left with a stutter.

"I was two and half years old and I was playing outside when I picked up a random Coke bottle," wrote Bezuidenhout. "I took a drink of it thinking it was Coke, however it actually contained rat poison. It was a moment which would change my life forever.

"As a result of that moment of naivety I almost died. The hospital had to pump my whole stomach to get rid of all the poison, but the poison affected the whole nervous system in my body, and one of the long term effects of this led to me having a stutter.

"That stutter would eventually lead me to develop a severe case of anxiety."

Bezuidenhout also went on to explain the darkest days of his life in 2014 when he was suspended from playing golf due to taking beta blockers to treat his anxiety.

"I was playing in the British Amateur at Royal Portrush in 2014 when after my first round I handed my scorecard in and was told that I’d been nominated for a drugs test.

"I went for it and at that time I was using beta blockers for my stutter. I wrote the medication down on the form prior to the drugs test, making no secret of the fact I was using this medication.

"Two months later I was back home practising for the Eisenhower Trophy where I would be representing South Africa when one afternoon my Dad phoned me to tell me I needed to come home immediately. I drove straight from practice and he broke the news to me that I had been suspended. I just broke down.

"It was awful. I had spent my whole amateur career working to get into that Eisenhower side to represent my nation, it was a huge goal of mine to be selected in the team. To be told two days before the event that I couldn’t go because of a two year drugs ban was simply too much for me to take in. It felt like my life was over."