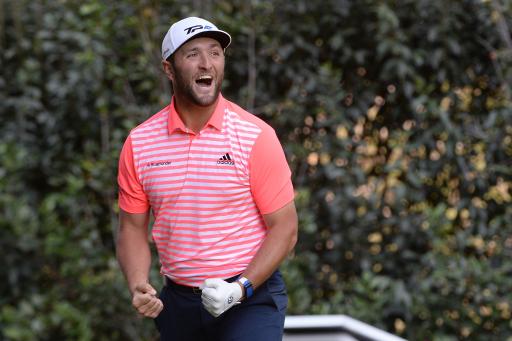 European Tour chief executive Keith Pelley has confirmed the cancellation of both the Made in Denmark and GolfSixes tournaments on the schedule, but has admitted he is "hopeful" of resuming competition at the Irish Open in the last week of May.

Home favourite Rory McIlroy, defending champion Jon Rahm and Open champion Shane Lowry are just three star names to commit to competing in this year's Irish Open that takes place at the stunning Mount Juliet Estate from May 28 to 31.

"We will continue to monitor this global situation in relation to coronavirus and evaluate its impact on all our tournaments," said Pelley.

"Discussions regarding the possible rescheduling of all postponed tournaments are ongoing and we remain hopeful of European Tour action resuming in Ireland at the end of May."

The Thomastown venue was previously used between 1993 and 1995, and it also hosted World Golf Championship tournaments in 2002 and 2004.

The cancellation of both the Made in Denmark and GolfSixes follows the same story for recent tournaments in Kenya, India, Malaysia, China and Spain.

The PGA Tour also confirmed this week that there will no tournament for at least two months on its FedEx Cup schedule, with both The Masters and US PGA Championship being pushed back to later in the year, if being staged at all.

Elsewhere on the schedule, the R&A have confirmed they will be undertaking a "comprehensive evaluation" of both the Open Championship at Royal St George's (July 16 to 19) and the Women's British Open at Royal Troon (August 20 to 23).

"Our absolute priority is to ensure the safety of players, fans, officials, staff and all involved in our championships and that will be at the forefront of our thinking as we monitor developments," said R&A chief executive Martin Slumbers.

"We have some time before we start building the infrastructure at both venues and so we are keeping the scheduled dates in place for The Open and AIG Women's British Open at this point.

"We recognise that this is a rapidly changing situation and we will keep everyone informed of any changes to our plans.

"These are difficult times but we are bearing in mind our responsibility for what's right for golf and most importantly for society."

NEXT PAGE: GOLF NOW ON HOLD FOR TWO MONTHS ON THE PGA TOUR