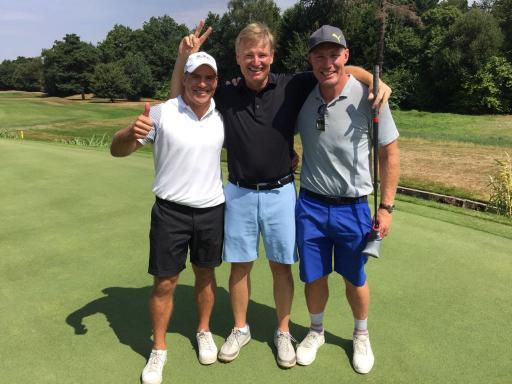 For the first ever time in professional golf history, European Tour players will be allowed to wear shorts in competition at this week's Alfred Dunhill Championship at Leopard Creek.

The tournament, which is co-sanctioned with the Sunshine Tour, is permitting the use of shorts with temperatures expect to soar in Mpumalanga from Thursday to Sunday.

In a first for professional golf, players will be allowed to play in shorts at the Alfred Dunhill Championship this week @LeopardCreekCC @dunhilllinks @EuropeanTour #SunshineTour#Gr8nessBeginsHere#DunhillChamps pic.twitter.com/rMFiFokPLJ

It is anticipated that temperatures will reach a maximum of 37 degrees Celsius on Thursday and Friday, with Saturday touching a high of 38 degrees. It is expected that the final round of play on Sunday will then drop to a high of 31 degrees.

The European Tour has allowed the use of shorts ever since 2016, but only in practice rounds, with trousers required for the competition days.

The PGA Tour also made a change to the use of shorts two years later, but again with them only being worn during practice rounds and trousers permitted for competition rounds.

Four-time major winner and 2019 International Presidents Cup captain Ernie Els was one of the first players to take to social media to applaud the news, joking it will bode well for his European friends looking for some sun over their winter season.

Great news from @cutmaker and @EuropeanTour @Sunshine_Tour We can wear shorts this week. #heatwave for my European friends @LeopardCreekCC

Els lines up in the field at this week's tournament but he will have it all to do to land a 29th European Tour title as he starts with odds of 80/1.

Fellow South African Christiaan Bezuidenhout heads the betting at 12/1, with compatriot Brandon Stone next up at 14/1.

Other players in the field include Charl Schwartzel, who has won this tournament four times, Branden Grace, and English duo Ross Fisher and Eddie Pepperell.