Jack Singh Brar held his nerve to sink a 12ft putt at the Portugal Masters to keep his European Tour card. 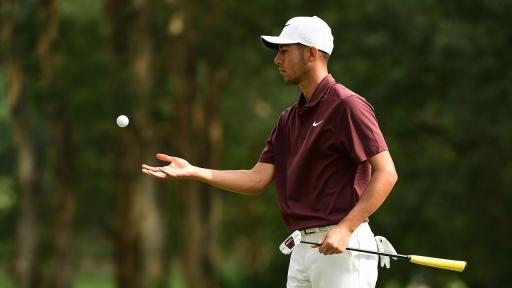 The Portugal Masters might not have had the most exciting field competing last week, but there was a lot to play for, with many players fighting to keep hold of their European Tour card for another year.

Last week at the Portugal Masters, multiple players were fighting to save their Tour card, with only the top 115 in the Race to Dubai rankings keeping their place, unless they were already exempt due to winning on the European Tour.

With the pressure mounted, numerous players were left heartbroken after failing to salvage their season, including Irishman and 2017 British Masters winner Paul Dunne, who will need to try and regain his playing privileges for next season at Q School in November.

For one player, Englishman Jack Singh Brar, saving his Tour card came down to his final putt on the 18th green on Sunday. The 22-year-old started the week dangerously close to the cut line and was very aware that he needed a strong performance if he wasn't to be overtaken in the Race to Dubai rankings.

Singh Brar birdied six of his first nine holes and added another at the 14th during his final round, but a wobbly finish on 18 mounted the pressure on the young-man's shoulders. Singh Brar faced a speedy 12ft putt for bogey to pretty much guarentee a return to the European Tour next season.

A rookie on Tour with a putt to keep his card.

The bogey finish meant that Singh Brar finished T8 for the tournament and 109th in the Race to Dubai.

"I got off to a great start today - five under through nine - and I just tried to keep pushing. It's hard when you know how much is on the line, but I'm just so glad to have done it.

"I knew I had to shoot a good number because there were so many people chasing me down. Now I feel like I can push on and look forward to my 2020 season on the European Tour."

Steven Brown went on to win the Portugal Masters and rescue his own Tour card, as the world number 550 started the week 150th in the Race to Dubai rankings, but victory at Vilamoura means he is now safe for another two years.