Ian Poulter thought his laundry had been misplaced, until he found out it was stolen by his Ryder Cup teammate Henrik Stenson. 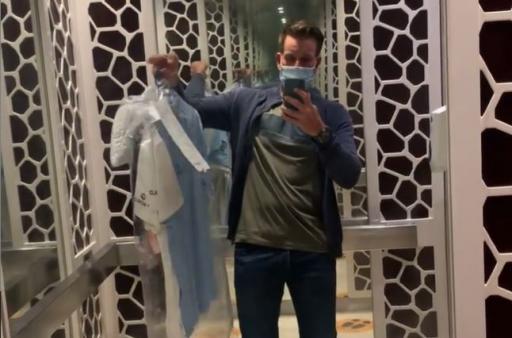 Ian Poulter is hatching a master plan to get his revenge on Henrik Stenson, after the 'Iceman' stole Poulter's laundry ahead of the upcoming Saudi International event on the European Tour.

Poulter and Stenson are not only two of the European Tour's most experienced players, but the Ryder Cup teammates are also very close friends.

Last week's Dubai Desert Classic was a tournament to forget for both Poulter and Stenson, as they both missed the cut, leaving them with a little more free time than they had planned.

RELATED: Henrik Stenson ends first round with EPIC par save after SHANKING an iron

This week, a star-studded field - including Poulter and Stenson - heads to Saudi Arabia for the Saudi International, with the likes of Dustin Johnson and Bryson DeChambeau also making the trip.

Whilst packing his bags in his hotel room in Dubai, Poulter believed his laundry had been misplaced and sent a message to his caddie Terry Mundy to ask if he had seen it anywhere.

In the messages, Poulter said he had called the hotel concierge to ask the whereabouts of his clothing, but they had no idea where it was. The Englishman was in for a surprise when he had a knock at his door...

WATCH STENSON PRANK POULTER IN THE VIDEO BELOW:

The Dubai Desert Classic resulted in another fantastic European Tour event, where a fellow tour veteran came out as the winner in Paul Casey.

The Englishman shot a 2-under par final round to result in a comfortable four-shot victory, with South Africa's Brandon Stone taking second place.