Fancy a bet on the golf this week? Take a look at which players we will be betting on for the Saudi International on the European Tour this week. 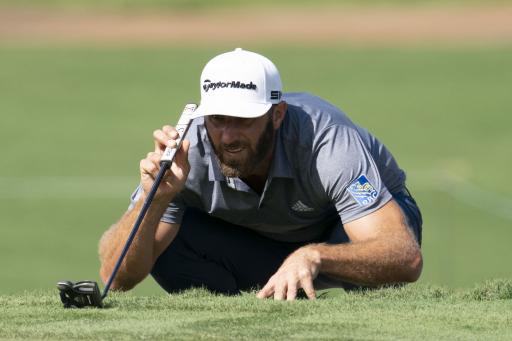 The Saudi International remains one of the most controversial stops on the European Tour, but that doesn't stop some of the world's best players jetting off to Saudi Arabia for the event, so who are we backing to do well this week?

World No.1 Dustin Johnson and reigning US Open champion Bryson DeChamebeau will be switching to the European Tour this week to take part in the event, that tends to offer some pretty attractive appearance fees for the biggest names in the game.

RELATED: Our expert picks for the Waste Management Phoenix Open

Last year, a surprise winner in Graeme McDowell came out on top, with Johnson finishing just two shots behind the Northern Irishman and it's the American who we are kicking things off with for this week's selections.

We don't often like selecting players at prices as short as 5/1, but it would be stupid not to select Dustin Johnson as our main selection for the Saudi International this week.

The world No.1 is the best player in the field and his form over the past year has been nothign short of spectacular.

As we mentioned earlier, he finished in second place last year, just two shots behind McDowell, so he will be relishing the opportunity to play this course once again.

It might seem a short price and he is the tournament favourite, but the cream always rises to the top and if Johnson is feeling good this week, he could be unstoppable.

Abraham Ancer offers fantastic value and an each way bet could be the route to take with the Mexican this week.

His last outing was a T5 finish at the American Express and the world No.27 is one of the most consistent players around right now.

Ancer played in the Saudi International last year and impressed with a T6 finish, so keep your eye on the 29-year-old this week.

The Spaniard looked in excellent form throughout last week's Dubai Desert Classic and he will be disappointed with his 1-over par final round that saw him finish in a tie for sixth.

Garcia will be looking to improve on that result as he looks to impress Padraig Harrington and qualify for this year's Ryder Cup, so we expect the 41-year-old to be fully focused in Saudi Arabia.

At last year's event, he shared sixth spot alongside Ancer and a few other names, so at 28/1, Garcia is a worthy selection to either win or place this week.