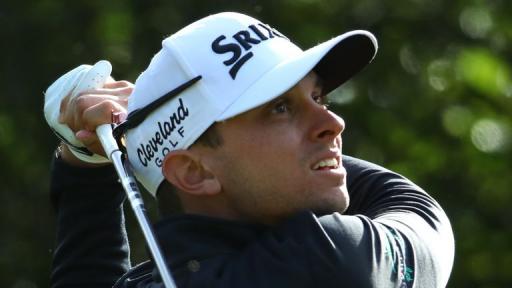 John Catlin clinched his second European Tour title in the space of four weeks with victory at the Irish Open at Galgorm Castle.

Catlin, 29, carded a superb final-round 64 to finish on 10-under par and two strokes clear of Aaron Rai.

"So many years of hard work has gone into this moment," said Catlin, who won his maiden European Tour title at Valderrama two starts ago.

"It was my goal to win again at the start of the week so to accomplish it is very, very special.

"To get the monkey off my back with the win at Valderrama was big. It showed me that I've been here before and can do it again."

The American now vaults into the world's top 100 for the first time in his career, and he now has sights on progressing into the top 50 and not just playing in the majors but winning them.

"I've always wanted to play in the majors," said Catlin.

"It's the only level of golf I've not played at, and hopefully I can win one of those sometime. To get into the world's top 100 is big for me."

Jazz Janewattananond and Maverick Antcliff finished in a tie for third on 7-under par, with Swedish duo Joakim Lagergren and Oscar Lengden a further shot back on 6-under par.

One of the most comical moments came on Saturday when a local farmer was caught enjoying some of the golf with a cup of coffee...