But only a limited number will be allowed through the gate... 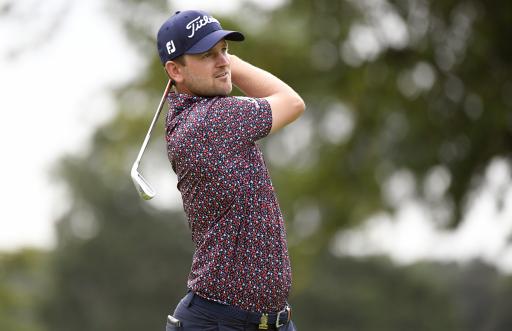 A limited number of golf fans will be allowed back onto the course at next month's Scottish Open on the European Tour.

The tournament, scheduled to take place at The Renaissance Club in East Lothian from October 1 to 4, will allow a maximum of 650 spectators per day under a new European Tour trial in consultation with Scottish Government health experts.

This number will be limited to fans from local regions.

Bernd Wiesberger will return as defending champion and he will be joined by a star-studded field including the likes of Ian Poulter, Martin Kaymer and Lee Westwood.

The Scottish Open will mark the first time since golf's return in June due to the COVID-19 lockdown that fans will be allowed to follow the world's best players.

Players, caddies and tournament officials will continue to operate in their "inner bubble" and a second "outer bubble" will be formed for the spectators, who will have to undergo health checks and follow "stringent health protocols."

All proceeds from ticket sales at the Scottish Open will be donated to SAMH, Scotland's national mental health charity.

"The controlled return of a strictly-limited number of spectators will see the Aberdeen Standard Investments Scottish Open join a series of pilot sporting and cultural events being considered in Scotland, to help support the return of fans when it is safe to do so," read a European Tour statement.

"As with all events for the remainder of the 2020 Race to Dubai, the Aberdeen Standard Investments Scottish Open will follow the European Tour's stringent medical strategy and will be subject to Government and public health guidelines.

"The tournament will follow an inner and outer bubble protocol to allow spectator access to the site. Players, caddies, media and essential staff will remain within the tournament or 'inner' bubble and be subject to the European Tour's stringent testing and health protocols.

"Spectators will remain in a second 'outer' bubble to maintain distance from those within the tournament bubble. They will be subject to daily temperature checks and health questionnaires, and must follow stringent health protocols, including enhanced social distancing."