World No.1 Jon Rahm is unsure whether he will compete on the European Tour again this season due to the coronavirus pandemic. 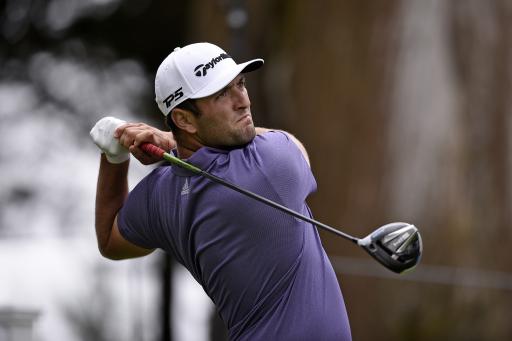 Jon Rahm has revealed that he may not play on the European Tour again this season and may even miss his defence of the DP World Tour Championship, due to the ongoing coronavirus pandemic.

The World No.1 is set to play in the upcoming FedExCup play-off tournaments, starting with The Northern Trust at TPC Boston this week and also the US Open at Winged Foot at the end of September.

Once Rahm has finished battling it out for his first major trophy at the US Open, the Spaniard will then assess his schedule for the rest of the season, where he was meant to defend three European Tour titles - including the DP World Tour Championship in Dubai - but the complications associated with COVID-19 have caused Rahm to question whether he will return to the European Tour again this year.

"I don't know my plans yet. I really don't. You know, with the rumours of the CJ Cup happening on US soil; that's very enticing to me because from what I heard, it might happen in Vegas. I live in Phoenix, which is a short flight.

"It [CJ Cup] is a tournament I wanted to play and it wouldn't be bad to get some FedExCup points before showing up in Maui [Tournament of Champions] and being already a thousand points behind. Hopefully if I can, I will.

"Right now, I just don't see myself going to Europe. It's rough flying public and having to have a mask on for ten-plus hours just doesn't sound very good to me and doesn't sound healthy at all, so I don't know what I'm going to be doing.

"My main thought is I don't know if I'm going to be able to go to Spain and see my family at Christmas. That's my bigger thing right now. What I can say is that if it comes between going to Spain and seeing my family and playing a golf tournament, I'm not playing golf."