Matthew Fitzpatrick HITS OUT at airline after his club snaps 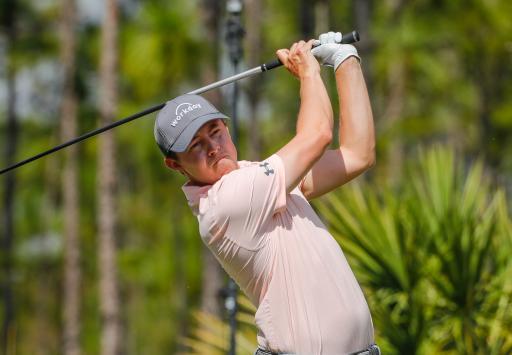 We've all been there - never trust an airline with your luggage.

Especially if you a professional golfer who tours the world with equipment worth considerable chunks of money.

This was the unfortunate case for Matthew Fitzpatrick this week when he posted an image of his 5-wood snapped at the bottom of the shaft.

The massive Sheffield United fan took aim at the airline, posting: 'Thanks for taking care of my clubs @Delta...'.

Fellow professional golfer Eddie Pepperell, famous for his dry-witted comments on social media saw the funny side of it.

'That bloody variant knows no bounds,' he wrote of the sorry sight.

Lee Westwood, who will join Team Europe at the 43rd Ryder Cup at Whistling Straits this month, told him he'd 'been shafted'.

Thanks for taking care of my clubs @Delta… pic.twitter.com/rVjvPT1tZz

Fitzpatrick has been a perennial winner on the European Tour over the years.

His most recent win on Tour came at the DP World Tour Championship in Dubai, beating Westwood by one stroke.

The snapped club was a PING G410 set at 19 degrees with a Graphite Design Tour AD DI 8 X shaft in black.

Fitzy is not the first and probably won't be the last to fall foul of airline incompetence.

Graeme McDowell almost had to replace his clubs in 2018 when AirFrance misplaced his bag ahead of 2018 Open Championship qualifier.

Fans on social media pointed out that he'll get the club replaced at no cost to himself.

While others suggested he should take more responsibility.

Still, it could be worse.

NEXT PAGE: PGA TOUR PRO COSTS HIMSELF HUGE MONEY AND A PLACE IN THE TOUR CHAMPIONSHIP WITH FINAL-HOLE ERROR