In a recent interview with Sky Sports, Andrew 'Beef' Johnston opens up again about his mental health. 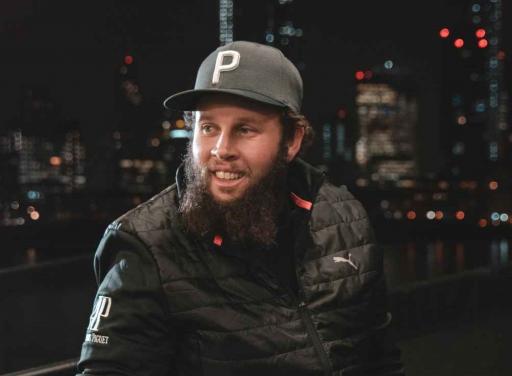 Andrew 'Beef' Johnston has become a leading figure in helping men open up about their mental health and in a recent interview with Sky Sports, the 31-year-old revealed how his lively character that golf fans know and love caused him to rethink his entire image.

During a special interview for National Inclusion Week with Sky Sports, Beef explained how he was labelled a "joke" which had a damaging affect on his mental health.

In recent years, Beef has spoken openly about his battle against depression and anxiety, which at times caused him to finish a round of golf and break down in tears in his hotel room.

At the end of July, Beef withdrew from the British Masters after he struggled with the 'bubble' environment that has been strictly put into place on the European Tour due to the coronavirus outbreak.

"Being a character has its downsides as well," Johnston told Sky Sports. "I've been called a joke and things like that and I think that kind of had a little bit of an affect on me.

"I was like 'maybe I shouldn't be doing what I'm doing and shouldn't be having this fun, maybe it's not normal'. I guess I stopped that a little bit and almost tried to fit in more.

"It made me miserable, made my golf miserable and I put more pressure on myself to do well. I thought that the only way people are going to like me was if I'm playing my best golf all the time and I'm winning things week in, week out.

"The more pressure I put on my game and the less fun I was having, the more things were grinding away at me. Every week it became harder and harder to the point where I wasn't having any fun, I wasn't enjoying myself and I guess was just trying to conform to what a golfer should look like."

Beef won his only European Tour title in 2016 at Valderrama and after an excellent year began to feature regularly on the PGA Tour, where he was an instant hit with the American fans.

"I started to compare myself to other people, which is probably the worst thing you can do," Johnston added. "I had some really good weeks, but I walked off the course like they were really bad weeks. I really lost sight of where my golf game was at.

"I finished mid-20s at The Open in 2017 and I walked off disgusted, because nothing was ever good enough and that was the mental pattern I got in. It didn't matter what I did, it wasn't good enough unless you won and people wouldn't like you because you hadn't one.

"I had to go away and relearn that people like me because of me and not because of my golf. I think it's really anyone in sport and any kids growing up to just be themselves and have fun."

NEXT PAGE: Ian Poulter reveals the WEIRDEST THING he has seen on a golf course