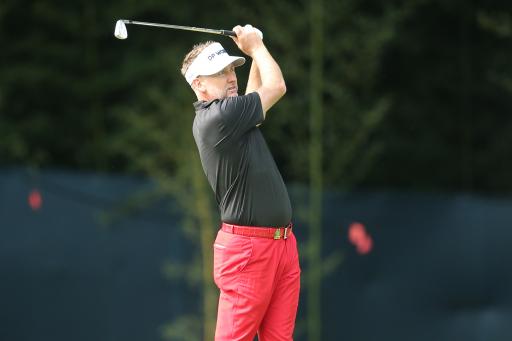 Ian Poulter has revealed the weirdest thing he has ever seen on a golf course and I must say I most definitely have never seen anything like it myself...

The golf course isn't exactly a prime location to witness something "weird" considering that we're surrounded by grass, trees and the occassional bit of water.

Poulter though is a well travelled man and plays the best golf courses all over the world and when he was asked by the European Tour what the weirdest thing he had ever seen on a golf course, his story didn't disappoint.

Watch the video below and listen to Poulter's tale of what he witnessed at last year's Scottish Open at the Renaissance Club:

What's the weirdest thing you've seen on a golf course?

"We're here at Renaissance Club and we've got a couple of little stories," said Poulter.

"It can get a little fresh up here and last year we teed off, we're walking down this hole and Terry says "someone's walkding down the beach."

"It was a little bit too fresh for my liking to be walking in the buff down the beach."

Each to their own I guess, but Poulter has a point considering the coast of Scotland isn't exactly known for its warm weather.

The Ryder Cup veteran finished T14 in last year's Scottish Open and returns to the Renaissance Club in what is one of the strongest European Tour fields we have seen for months, with the likes of Tommy Fleetwood also in action.