Are golf courses soon to be reopened in England? This suggests they might be...

Golf courses in England have been closed for the third national lockdown, but are things about to change? 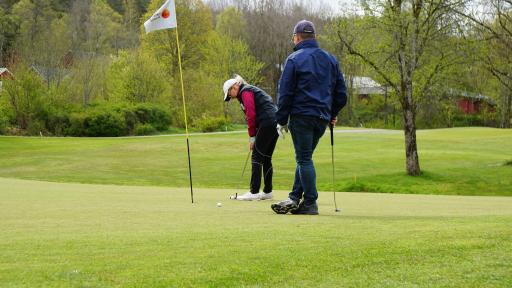 Golf has received a boost in the hopes of seeing courses in England reopened after they were forced to close their doors after Prime Minister Boris Johnson announced a third national lockdown.

Golfers across the country were outraged at the news, with many highlighting the confusion over why it's okay to walk on a golf course for exercise, but having your golf clubs with you is deemed unsafe.

A petition was started which required at least 100,000 signatures in order for the issue to be considered for debate at parliament. As of Friday afternoon, the petition has been signed over 118,000 people.

The petition hitting the necessary number of signatures is of course a major boost for golf, but news that the ban on angling has been lifted is an even bigger step for our sport.

“Fishing is allowed as exercise so long as participants adhere to the rules on staying local, gathering limits, social distancing and limiting the time spent outdoors,” The Head of Sports Participation at DCMS stated.

The Angling Trust had been pushing for the ban on fishing during lockdown to be lifted by promoting the benefits of fishing on both physical and mental health.

Golf's authoritive figures have been preaching a similar message, meaning we may be a step closer to seeing golf courses open once again.

England Golf CEO Jeremy Tomlinson told the BBC: "In excess of two million people could have been looked after here, certainly from a physical and mental wellbeing perspective and I just think it’s an opportunity missed.

"The government can change that and certainly I, and other organisations within golf, are going to be trying to help them do that."