PGA pro James Whittemore reveals the most basic golf rules you NEED to know about in 2021... 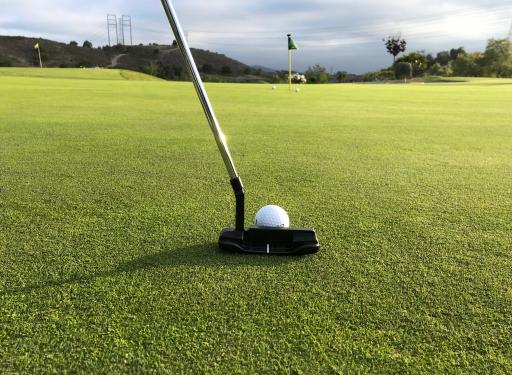 How well do you know the golfing rule book in 2021? In all honesty the rules of golf can be confusing and overwhelming at the best of times as it’s very easy to misinterpret them.

Thankfully PGA pro James Whittemore is on hand to provide some bitesize information for you when it comes to the most basic golf rules out there.

CHECK OUT JAMES' HELPFUL GOLF RULES GRAPHIC BELOW - scroll to the right to view each of the rules - AND PLEASE GIVE HIM A FOLLOW ON INSTAGRAM:

Player has 3 mins to find his ball. If ball cannot be found they must return to teee to play their shot again with 1 penalty stroke. Player can also play a provisional shot after the initial tee shot to prevent wasting time and will incur a 1 shot penalty.

Player is not obliged to look for their original ball after hitting their provisional in play. Any playing partners, however, can look for the lost ball. If the ball is found before the next shot is taken, the player must play that original ball providing it isn't out of bounds.

Some clubs may allow a player to take a drop at the nearest edge of the fairway, no closer to the hole following a lost ball. The player incur a 2 shot penalty. This rule is only implemented at some clubs and is intended for amateur play to avoid slow play.

Player's shot lands in water hazard marked by yellow sticks or lines. The player has the options to:

1 - Play the shot as it lies (rarely possible) with no penalty shot. The club can be grounded and loose impediments can be moved.
2 - Take a 1 shot penalty and play from where the original stroke was made from.
3 - Take a drop from the point it crossed the hazard, moving back in a straight line as far as they wish or a 1 shot penalty.

Player's shot lands in a water hazard marked by red sticks or lines. The player has the options to:

1 - Play the shot as it lies (rarely possible) with no penalty shot. The club can be grounded and loose impediments can be moved.
2 - Take a 1 shot penalty and play from where the original stroke was made from.
3 - Take the point where your ball last crossed into the hazard, and drop within two club lengths of this point, not closer to the hole.

Flagstick: The flag can remain whilst putting and in general play.

Club Selection: Golfers are permitted to use any club on any part of the golf course, however, clubs may invoke rules with regards to chipping on the green.

Ball Interaction: A player makes a stroke from the green that collides with an opponent's ball at rest. The player making the stroke receives a 2 shot penalty (strokeplay only). The opponent must replace his ball to its original estimated position. If the player making a stroke does so from off the green, resulting in a collision, the player that made the stroke plays their ball as it lies whilst the opponent replaces their ball to its original estimated position.

Moving Your Ball: You can move your ball to clean it or to line up your putt before replacing it to its original position. You are also permitted to remove any sand or debris from the putting surface.

ON THE TEE / FAIRWAY

Divots: A player is not permitted to move their ball from a divot. They can declare their ball 'unplayable' for 1 shot penalty.

Pick & Place: A player is not permitted to pick up their ball if it is play unless: 1) local winter rules are in force 2) to identify the ball 3) to check if it's damaged / cracked 4) it is interfering with play 5) to check if it lies in condition where relief is permitted (sprinker etc)

Cart Path: A player is entitled to free relief if their ball comes to rest on a cart path. One club length, no closer to the hole.