Golf Rules Questions clear up what happens when a beetle pushes your golf ball into the cup! 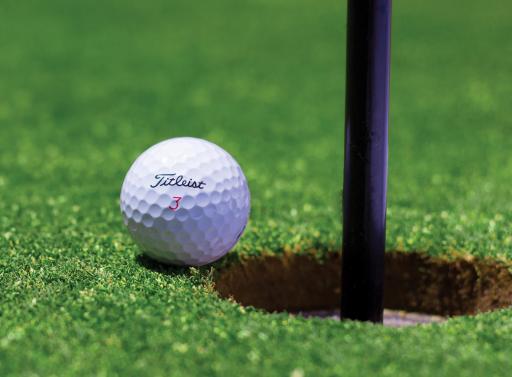 A golfer experienced one of the most "craziest days" of his life recently when a beetle pushed his golf ball into the cup - and he filmed footage while it happened.

The man in question wanted to know what the ruling was so he sent in his query to Golf Rules Questions to learn more. Check out the post below to learn more about what happens in this instance:

GRQ states: "It doesn't count as holed. The ball must be replaced under no penalty. Rule 9.6 or 13.3b depending on where the ball is at rest comes into effect."

LISTEN TO THE GRQ PODCAST HERE

Some of you may recall a similar incident happening on the PGA Tour at The Players when a seagull picked up Steve Lowery's golf ball and dropped it into the lake. The ball was then replaced under no penalty.

RULE 9.6 - BALL LIFTED OR MOVED BY OUTSIDE INFLUENCE

If it is known or virtually certain that an outside influence (including another player in stroke play or another ball) lifted or moved a player’s ball:

- There is no penalty, and
- The ball must be replaced on its original spot (which if not known must be estimated) (see Rule 14.2).

This applies whether or not the player’s ball has been found.

But if it is not known or virtually certain that the ball was lifted or moved by an outside influence and the ball is lost, the player must take stroke-and-distance relief under Rule 18.2.

If the player’s ball is played as a wrong ball by another player, that is covered by Rule 6.3c(2), not by this Rule.

Penalty for Playing Incorrectly Substituted Ball or Playing Ball from a Wrong Place in Breach of Rule 9.6: General Penalty under Rule 6.3b or 14.7a.

RULE 13.3b - WHAT TO DO IF BALL OVERHANGING HOLE IS LIFTED OR MOVED BEFORE WAITING TIME HAS ENDED

If a ball overhanging the hole is lifted or moved before the waiting time under Rule 13.3a has ended, the ball is treated as having come to rest:

- The waiting time under Rule 13.3a no longer applies to the ball. (See Rule 9.3 for what to do if the replaced ball is then moved by natural forces.)

If the opponent in matchplay or another player in strokeplay deliberately lifts or moves the player’s ball overhanging the hole before the waiting time has ended:

- In matchplay, the player’s ball is treated as holed with the previous stroke, and there is no penalty to the opponent under Rule 11.2b.

- In strokeplay, the player who lifted or moved the ball gets the general penalty (two penalty strokes). The ball must be replaced on the lip of the hole (see Rule 14.2).

Got a golf rules query? Please send it in to us at GolfMagic and we will get an official verdict on it for you.