Actress and model Bella Thorne put a set of Callaway clubs on her Amazon Wish List after making over $2 million on OnlyFans. 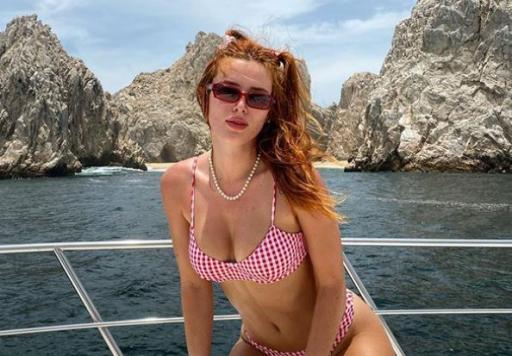 Bella Thorne has shocked her fans after she put a $719 set of Callaway clubs on her Amazon Wish List, after recently making over $2 million on her OnlyFans account.

Amazon Wish Lists are commonly used by OnlyFans models, who add items (usually sex toys to spice up their content) that their fans can purchase for them.

Thousands of men and women have been using OnlyFans as a form of income where they sell explicit images and videos, with actress Thorne originally joining the subscription site as a research project for an upcoming film about sex workers.

Within 24 hours of launching her OnlyFans page, Thorne had already racked up over a million dollars, a number which has since doubled. Prior to opening her account, the former Disney star had warned fans: “Also nooooo I’m not doing nudity!!!”

The fact that Thorne had set up an Amazon Wish List had upset a number of people, given that the actress is estimated to be worth between $8-12 million.

On her wishlist, along with numerous items, was a women's Callaway Solaire Complete Golf Set worth $719, whilst she had also asked for a seperate putter.

Not only were adult film stars furious that Thorne was "stealing" from "true sex workers", but others couldn't believe that an actress worth such a fortune was asking for free products.

"So Bella Thorne, who was already worth millions, has not only made $2 million from OnlyFans but she wants FREE golf clubs too?!" said one angry fan.

Thorne has since changed her Amazon Wish List and removed the golf clubs, yet is now asking for rugs and dog toys.

NEXT PAGE: Ian Poulter chips golf ball through window of his $1 MILLION Ferrari