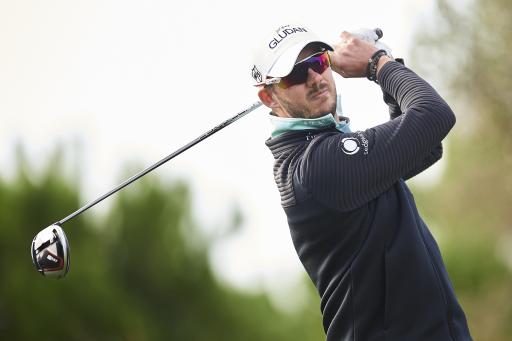 Playing on the European Tour is a lifechanging achievement, giving professional golfers who have worked their whole lives to make it the opportunity to play with some of the best golfers in the world and for a lot of money.

Benjamin Poke cruised to a six-shot victory, ending the six-round tournament at 25-under par at the European Tour Qualifying School, to finish top of the 28 players who earned their European Tour cards.

The Dane shot rounds of 67-67-69-67-69-64, where there is a cut after four rounds at Lumine Golf Club, to finish six shots ahead of three-time European Tour winner Gregory Havret, who will also return to the European Tour after finishing in solo second place at 19-under par.

“To play on the European Tour is something that you always dream about when you are young, so to finally stand here with my card is unbelievable," said Poke.

“I know that when I get it going I can shoot really low and that I’m playing well but I was still really nervous going out there this morning. I kept trusting my game and trusted my swing and my game plan. I never relaxed though, because I know that anything can happen in this game, so it was a matter of just taking things one shot at a time.

“I’m planning to celebrate this moment for a while. You work so hard and then there are times when you are struggling and it’s not easy, but you’ve got to get up and carry on and celebrate the good times when they happen.”

Another player who will be celebrating earning his European Tour card is Rikard Karlberg, who has battled with illness and depression for 18 months. The Swede, who won the Italian Open on the European Tour in 2015, needed this putt at the final hole to secure his return to the European Tour and look at what it meant to him:

Rikard Karlberg, been through all sorts, was T24 at -11 playing the last.

NEXT PAGE: Tommy Fleetwood HOLES OUT for eagle at FIRST HOLE in Dubai