Take a look at some of the best shots as live golf returned to our televisions. 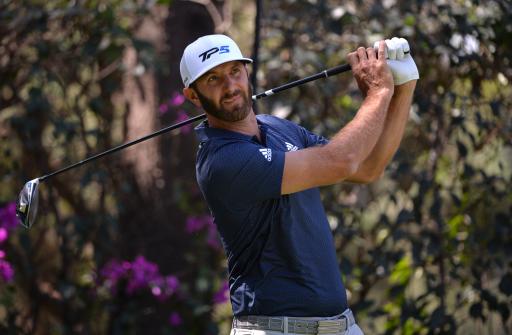 The TaylorMade Driving Relief Charity Skins Match was the first bit of live action we've seen since The Players Championship was cancelled after the first round back in March and what a brilliant way for golf to return by raising over $5.5 million for the American Nurses Foundation and CDC Foundation.

Rory McIlroy and Dustin Johnson took on Rickie Fowler and Matthew Wolff in what was an eerie environment without any spectators cheering them on, but it was an enjoyable event nonetheless.

The players certainly had a few cobwebs to dust off, but still managed to pull off some incredible shots, including this monster 356-yard drive from Wolff.

That wasn't the only rocket Wolff managed to hit off the tee, as he also managed to launch one bomb 410-yards, although he did have the help of a strong wind behind him on this one.

Now I know these guys are professional golfers and are used to hitting over spectators, but this cameraman must have been a little bit worried given that DJ hadn't played competitive golf for a long time, as he aimed this drive straight over his head...

Fowler was probably the most consistent player throughout the event, ripping his Cobra SPEEDZONE driver off the tee and showing his accurate iron skills on multiple occasions, including this beauty to set up a birdie.