Brooks Koepka "did not even want to play golf" in 2013

US Open champion reveals how he was "tired of golf" four years ago. 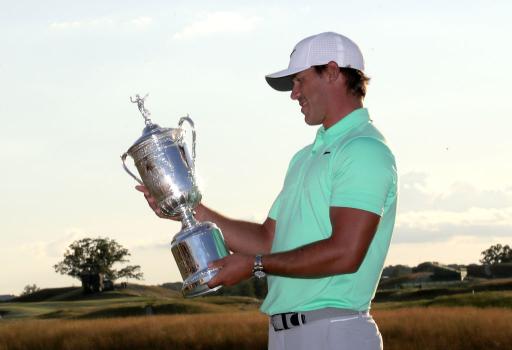 US Open champion Brooks Koepka has revealed he was "tired of golf" while leading a competition that would eventually earn him graduation to the European Tour.

Koepka, 27, cruised to his maiden major title at Erin Hills by four strokes on Sunday, equaling the lowest US Open total score of 16-under set by Rory McIlroy in 2011.

But things could have been so much more different for the big-hitting American, who once told his manager four years ago that he "did not even want to play" while competing in the 2013 Scottish Hydro Challenge tournament.

EQUIPMENT: BROOKS KOEPKA - IN THE BAG

"I don't want to say homesick, I was just tired of golf and tired of travelling," said Koepka, who won four times on the European Challenge Tour between September 2012 and June 2013.

Koepka thankfully decided to hang around and win the tournament, earning him a chance to play on the European Tour, which he took with both hands by going on to win the 2014 Turkish Airlines Open.

While now based back in the United States on the PGA Tour, where he has won twice with victories at the 2015 Phoenix Open and now the 2017 US Open, Koepka admits playing golf on the Challenge Tour and European Tour was key to making him the player he is today.

He said: "I think it helped me grow up a little bit and really figure out that, 'Hey, play golf, get it done and then you can really take this somewhere'. And I built a lot of confidence off that."