After winning his first major title, DeChambeau will look to add even more distance by testing a 48-inch driver. 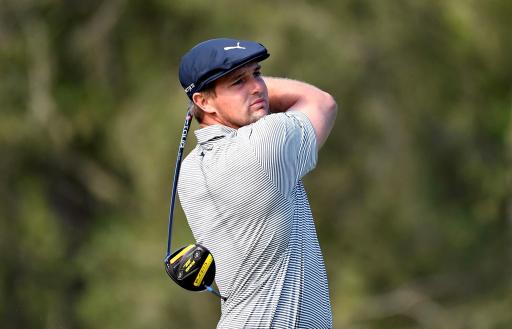 Bryson DeChambeau battered his way through Winged Foot en route to winning his first major championship and he did so using his Cobra Golf equipment to perfection and the 'Mad Scientist' has now confirmed he will test a 48-inch version of the Cobra SPEEDZONE driver in an attempt to hit the ball even further.

Cobra Puma Golf were thrilled for their one-length superstar and said: "We’re honored to celebrate Bryson capturing his first Major Championship! He is a great ambassador for COBRA PUMA GOLF, willing to do things differently and always forging his own path as a unique, talented player, and now a Major winner,” said Dan Ladd, GM & EVP, COBRA PUMA GOLF. “Excitingly, the 2020 U.S. Open also marks the first ever major to be won by a player using ONE length irons, providing incredible validation of the concept. We congratulate Bryson on his first major win and look forward to many more championships to come.”

Throughout the 2020 US Open, DeChambeau crushed some huge drivers of over 350 yards, but the 26-year-old has now confirmed he will start testing a 48-inch version of his driver, which is the maximum length allowed by the USGA.

The news was announced by Jonathan Wall, editor of GOLF Magazine, who said in a tweet: Bryson confirms he'll start testing 48-inch drivers next week with Cobra. Plan is to try and hit it 360, 370 "or maybe even farther."

Bryson DeChambeau - What's in the bag of the US Open Champion

NEXT PAGE: Ian Poulter: "US Opens kick you in the nuts every 20 minutes!"