DeChambeau lands his third PGA Tour title to give himself every chance of a debut Ryder Cup appearance. 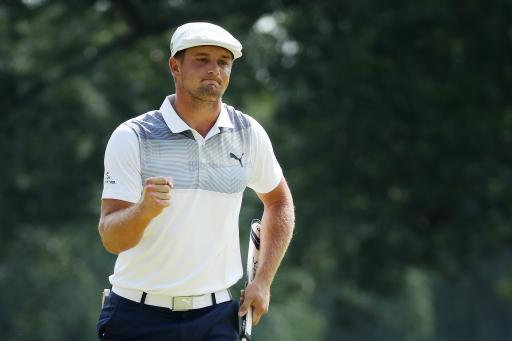 Bryson DeChambeau clinched the third PGA Tour title of his career with a commanding four-stroke victory at The Northern Trust, the first event of the FedEx Cup Playoffs.

DeChambeau, 24, carded a final-round 69 to finish 18-under par and four strokes clear of his compatriot Tony Finau.

The man known as the Scientist led by four strokes heading into Sunday and got off to the perfect started with birdies at the opening two holes, before handing shots back at the third and ninth to sit two strokes clear at the turn.

But consecutive birdies at the short par-4 12th and par-5 13th saw DeChambeau stretch back into a four-stroke lead which he saw out to the clubhouse.

EQUIPMENT: IN THE BAG - BRYSON DECHAMBEAU

The victory moves DeChambeau straight to the top spot in the season-long FedEx Cup race.

With four US Ryder Cup wildcard picks on the line in the coming weeks for Le Golf National at the end of September, you would anticipate DeChambeau and Finau have both put their names at the forefront of captain Jim Furyk's thinking - alongside Tiger Woods, who finished tied 40th, and Phil Mickelson, who finished tied 15th.

Brooks Koepka had the opportunity to become world number one with a top-five finish but he narrowly failed in his bid as he finished in a tie for eighth.