Johnson and Green teamed up to win two majors and nine other PGA Tour events since 2003. 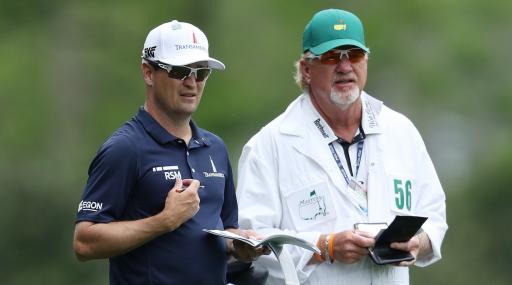 Johnson and Green had worked together ever since 2003 with the duo landing two majors at The Masters and Open Championship, and nine other PGA Tour events together.

“Zach said, ‘I think we need to take a break. It’s not a ‘firing.’ We’re too good friends for that.'” Green told The Caddie Network.

“I just think he didn’t want to say the word ‘fire.’ I was shocked.”

Green, 58, won dozens of mini-Tour events and even came agonisingly close to securing his PGA Tour card in 1994.

“He’s probably had a Hall of Fame career and I had a front-row seat to it,” Green said of Johnson. “It was great to watch.”

Green, best known for his 'chicken dance' every time Johnson made a birdie or eagle, spoke of his love for caddying and said he expects to be back on a bag sooner or later. “I’d say it’s probably 80% I’ll caddie again. But it has to be the right situation.”

It is expected that Johnson will now hire Brett Waldman, the former caddie of Charley Hoffman.