Cameron Smith says he has "no sympathy for anyone who cheats" following Patrick Reed's actions at the Hero World Challenge. 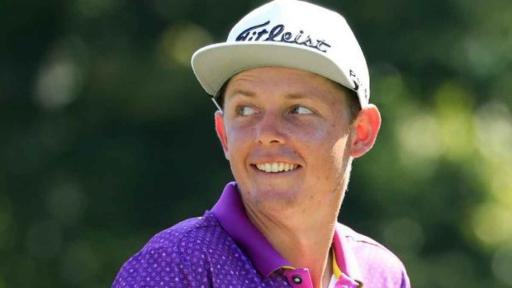 Patrick Reed shocked the world last week whilst playing at the Hero World Challenge, when he was caught improving his lie in the sand. He was labelled a cheat by thousands, docked two shots and ended up losing the tournament by two to Henrik Stenson.

It was a crazy moment that came to the surprise of everyone, although Reed had been caught doing something similar at the same tournament in 2015.

Reed went on to blame the camera angle for making it look worse than it was, but golf fans and fellow professionals around the world were having none of it and took to social media to vent their disgust.

This week, Tiger Woods' USA side take on Ernie Els' Rest of the World team in the Presidents Cup in Melbourne and Australian golfer Cameron Smith, who is making his debut in the event, has no sympathy for Reed.

"If you make a mistake maybe once, you could maybe understand but to give a bit of a bullsh*t response like the camera angle... that's pretty up there (inexcusable)," Smith told the AAP.

"I don't have any sympathy for anyone that cheats. I hope the crowd absolutely gives it to not only him, but everyone (on the American team) next week," Smith said. "I know Pat pretty good and he's always been nice to me, so I don't want to say anything bad about him. But anyone's cheating the rules, I'm not up for that."

Reed has been known to embrace the role of the PGA Tour's super villain and he's used it to his advantage before when representing the USA against Europe at the Ryder Cup and the former Masters champion believes that nothing will shift his focus when it comes to the Presidents Cup this week.

NEXT PAGE: Marc Leishman believes Reed will be taunted at Presidents Cup