Howell's ace means BMW will be donating £71,675 to Alzheimer's Society. 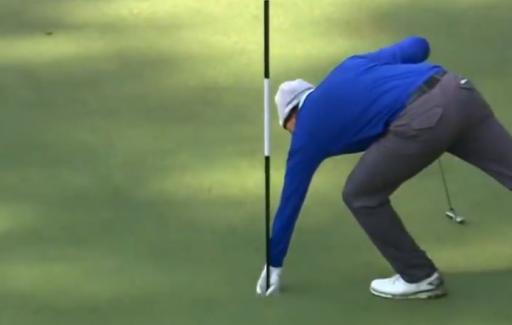 We always love seeing a hole-in-one on the European Tour, but when there's a huge donation going towards charity, it makes it all that much sweeter.

During Friday's second round of the BMW PGA Championship at Wentworth, David Howell made an epic ace that meant £71,675 was to be donated to Alzheimer's Society by BMW and BMW Golf.

Howell hit a beautiful iron into the 180-yard par-3 that took one bounce before landing straight in the cup, although the Englishman wasn't aware he'd made an ace, as he walked onto the green with his putter in hand.

Watch Howell's ace in the video below:

HOLE IN ONE David Howell on the par-three 14th. #BMWPGA #RolexSeries

The BMW PGA Championship is the European Tour's flagship event and is the third Rolex Series tournament of the year.

Some of the biggest stars in the world are taking part, including Tommy Fleetwood, Patrick Reed, Tyrrell Hatton, Matt Fitzpatrick and Open champion Shane Lowry.

Fitzpatrick and Lowry are both in excellent form during day two and find themselves battling it out at the top of the leaderboard, but Hatton will be looking to close the gap after shooting a 6-under par opening round yesterday.

Ryder Cup veteran Ian Poulter also recovered from a few wobbles yesterday whilst he struggled with a back injury and is now in contention heading into the weekend.