Davis Love III will start his new role as golf analyst at CBS Sports in January 2020. 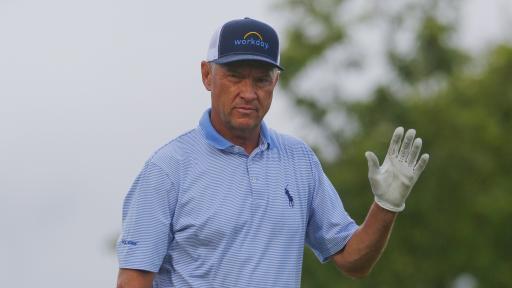 CBS Sports recently decided that its golf team needed a shake up and decided to get rid of longstanding stars Gary McCord, Peter Kostis and Bill Macatee. McCord was left pretty upset with the decision and the way in which CBS Sports went about its decision, telling McCord that his golf coverage had become 'stale'.

"I have long considered CBS Sports the gold standard in golf coverage," said Love. "Whether playing or coaching, I have always loved the team aspect of golf, and I am thrilled to now be a member of the best team in television."

The sacking of McCord caused huge debate on social media, with many golf fans upset that arguably the funniest commentator on the planet had lost his position, but Love has to be considered a good replacement after everything he's achieved in his career. Love has 21 wins on Tour, the 1997 PGA Championship, he captained the US Ryder Cup team twice and was inducted into the World Golf Hall of Fame in 2017.

Love will start his new position at the 2020 Farmers Insurance Open in January, but he insists his playing days are not over, as he tees it up at this week's alternate-event the Bermuda Championship.

"Davis is one of the most accomplished and respected players in the game of golf," said CBS Sports Chairman, Sean McManus. "With his playing experience, reputation and relationships across the golf community, he brings a unique perspective and insight that will enhance our broadcasts. Davis is the perfect fit for CBS, and we look forward to him making the best broadcast team in golf even better."